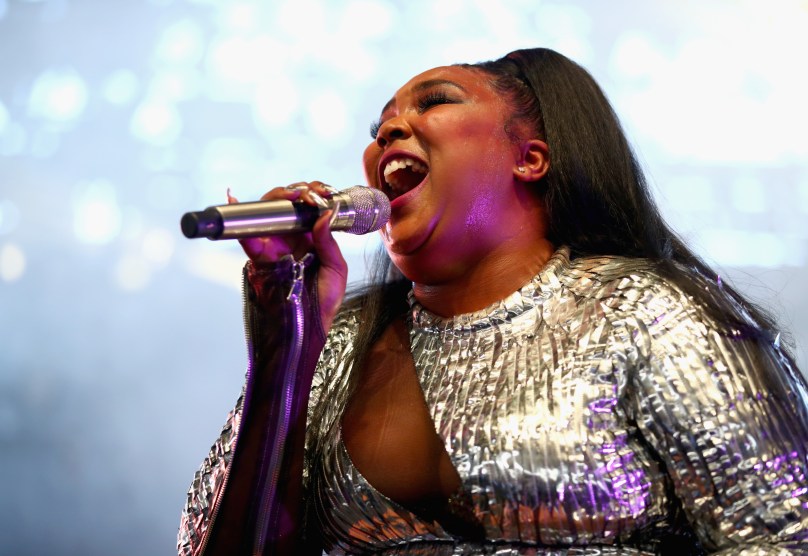 Why we’re into it: In Cuz I Love You Lizzo seizes her authentic voice as an entertainer and cultural icon—solidifying her position among the greats.

Lizzo is no stranger to making really good music —who can forget her beloved EP Coconut Oil and a handful of solid single releases like “Truth Hurts” and “Boys.” Now with the release of her third studio album Cuz I Love You, she’s on her way to achieving the range and complexity of the iconic, ever-changing, ever-inspiring Beyoncé Knowles-Carter.

Lizzo—who’s real name is Melissa Jefferson—isn’t new to the music industry, but this album is as fresh and exciting as a debut. In some ways it is, because Lizzo’s been tasked with re-introducing herself to a new, larger fanbase. A no-skip album of 11 tracks, Lizzo throws listeners straight into her world of self-care, no-bullshit, and empathy for one’s self.

Opening with the title track “Cuz I Love You,” is a bold move—even a risk—but one that pays off. Reminiscent of a marching band’s routine, the track is invigorated with the energy of a live performance and complimented by Lizzo’s signature vocals. One reason the powerful and boisterous tone actually works is because Lizzo holds steadfastly to it throughout the album. “Like A Girl” is a Lizzo song to the core, one that’s made for queens and queers, and meant to be danced to on the club floor with it’s quick and catchy rap and infectious chorus. It’s 2019’s “Who Run The World.”

Lizzo’s generous spirit is in full force for giving us “Exactly How I Feel” and “Tempo” from Gucci Mane and Missy Elliott respectively. Two tracks that invite some of the best recent deliveries from the two. In a classic Beyoncé move, Lizzo curated two specific voices to help express her message in a way that never overshadows her own star power.

In only 11 tracks, she covers an entire rainbow of emotion, with the pop bangers of “Tempo,” “Like A Girl,”  and “Juice” that beg your booty to shake along with the beat, pivoting to soulful and classic belt-worthy songs “Better In Color,” “Heaven Help Me,” and “Cry Baby.” But if there’s anything Lizzo understands, it’s balance.

“Lingerie” and “Jerome” prove Lizzo doesn’t need to retreat behind the uptempo tone that’s become synonymous with her image. Her ability to maneuver between genres like soul and hip/hop, then into R&B with her signature pop beats below is an approach Beyoncé has made her signature.

Some say the music is too joyful, or that it lacks individuality, or as Pitchfork put it, belongs in “in any given rom-com or yogurt commercial.” (Lizzo then responded to not-so-gracefully.) That ability to craft pure joy is something we at Mother Jones value in our pop music—as you can see here, here, here, and here. But when artists like Beyoncé and Lizzo do so, they’re often met with disdain and shallow reviews, asserting that these women need to go deeper, to “do this” or “do that.” But the ability to convey joy and self-empowerment is who Lizzo really is. Asking her to do something other than that would defeat the purpose of works like  Cuz I Love You. As Nastia Voynovkaya noted, “It’s clear that Lizzo doesn’t get permission to be joyous and carefree in the way that white peers such as Carly Rae Jepsen and Taylor Swift can—easily, profitably and without skepticism.”

Above all else, Lizzo reflects what also makes Beyoncé so great: They’re pop culture powerhouses while still being authentically themselves. They understand that the title of “entertainer” isn’t constraining but freeing. And Lizzo is gloriously freeing, evident by just one listen to Cuz I Love You.