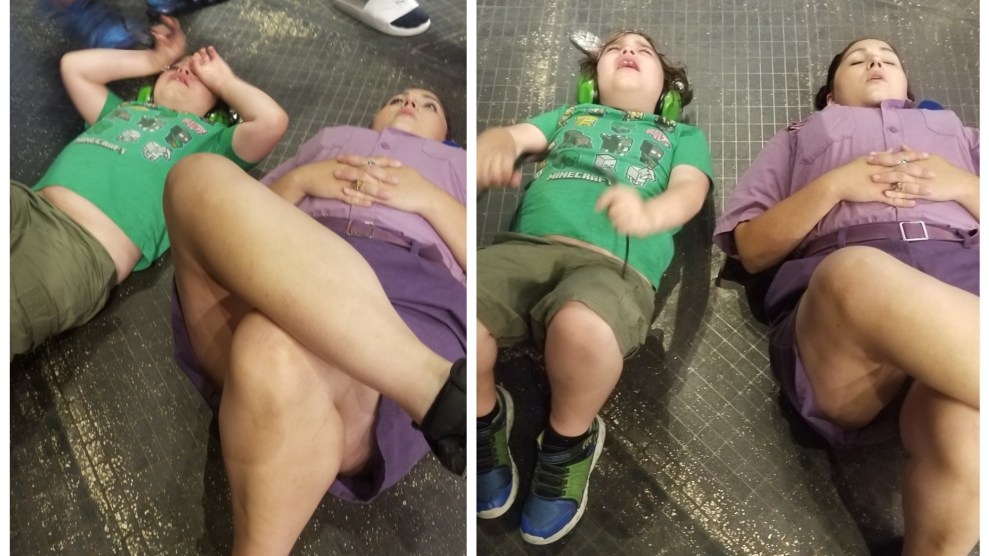 It was a supreme meltdown—almost involuntary. A worker at Universal Orlando Resort, Jennifer Whelchel, didn’t scold, belittle, or dither. She knew just what to do when she saw a 9-year-old autistic boy “sobbing, screaming, rocking, hyperventilating, and truly struggling to breathe,” as the boy’s mom, Lenore Koppelman, put it.

“She got down on the floor WITH HIM,” Koppelman wrote on Facebook. “She rested next to him while he cried his heart out, and she helped him breathe again. She spoke to him so calmly, and while he screamed and sobbed, she gently kept encouraging him to let it all out.”

When Whelchel saw the boy, she thought of her 8-year-old nephew, who is also autistic, she told the Washington Post. She understood instinctively what had happened: The boy was waiting all day to ride the Amazing Adventures of Spider-Man but it was malfunctioning—and closed—when he finally got there.

Without formal training in responding to autistic children, Whelchel had done exactly the right thing. After 10 minutes, she offered Ralph water and asked if he wanted to get up. Ralph spontaneously gave her a high-five.

Koppelman said she wrote the Facebook post to give cheer to other parents with autistic kids. The community responded with support, sharing their own stories of public meltdowns.

“I have an awesomely Autistic 5 year old little boy and this made me sob like a baby,” wrote one commenter.

“To often when we see small children or people with special needs having what we see as ‘Spoiled Tantrums’ we are all so quick to cast judgements upon them and their caregivers. We expect them to act NORMAL,” wrote another.

I’ll leave you with this image of an endangered Karner blue butterfly, about the size of a quarter, from the US Fish and Wildlife Service’s Twitter feed. Have a great week ahead!

Karner blue butterflies are #endangered pollinators about the size of a quarter. Necedah #WildlifeRefuge in Wisconsin is a great place to spot them, thanks to an abundance of wild lupine – the species only host plant! pic.twitter.com/elGSGucKzz