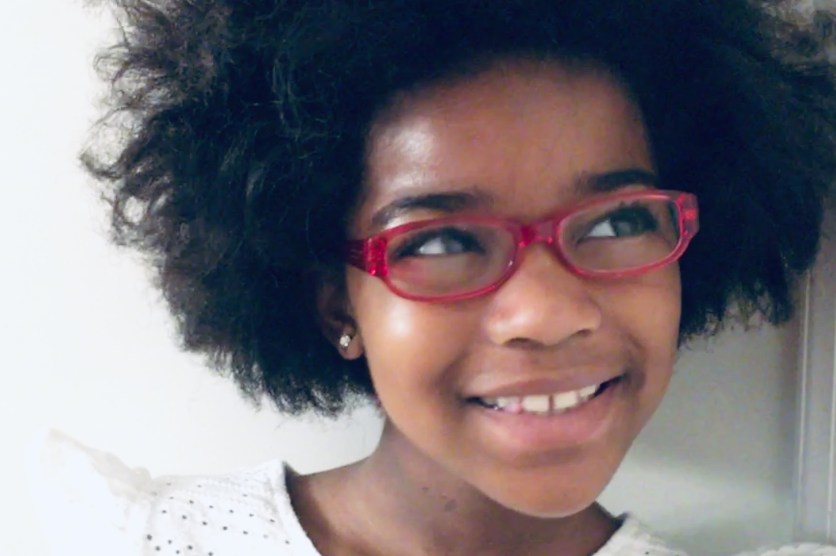 Bellen Woodard was the only Black girl in her third grade class in a Virginia school. “My friends were asking for the ‘skin color’ crayon,” she said, knowing what that meant, what it implied—and what it didn’t.

After talking with her mom later that day, Bellen came up with a response other than handing over a peach-color crayon. “I think I just want to ask them what color they want because it could be any number of beautiful colors,” 9-year-old Bellen, now in fourth grade, recounted to the Washington Post’s Theresa Vargas.

Bellen gave that answer to her classmates. And her teacher did, too. Soon her entire class came around to change not just their speech, but their assumptions and views. That quick sign of recognition inspired Bellen to come up with a project to help other kids challenge unexamined attitudes: “More Than Peach,” her new project, donates kits to students with a note from her, a drawing pad, and crayons or colored pencils that include, among many, “apricot,” “burnt sienna,” and “mahogany.”

Donations and offers of help are coming in from all over the country to her “More Than Peach” website. “It’s been crazy,” her mom says. “They just come all day.” The Virginia Museum of History and Culture asked if it could add one of Bellen’s kits to its collection.

Bellen said she’d first seen more inclusive crayons in second grade but hadn’t thought much of them. “Now, they are more than just a pack of crayons,” she said. “Now, they are a kind of change.”

R.I.P. She was an American hero, NASA’s administrator said. But before the 2017 movie Hidden Figures, few Americans knew about NASA mathematician Katherine Johnson, who died Monday at age 101. Johnson, who broke racial barriers at NASA, hand-calculated America’s first missions with astronauts and helped bring the stricken Apollo 13 back home. How did she do it? “I didn’t allow their side-eyes or annoyed looks to intimidate or stop me…If I encountered something I didn’t understand, I’d just ask,” Johnson wrote in her autobiography, Reaching for the Moon. (NBC News)

Helping a parent get home. Mike Good had a nightmare travel day. He was stuck in the last row of a plane delayed by storms and wouldn’t be arriving home in Nashville until his father-daughter dance with his twin girls was due to begin. But a flight attendant’s announcement about his circumstances prompted the rarest thing from passengers—they remained in their seats while he sprinted out first. “I grabbed my bag, ran down the aisle, and thanked everybody. I was wishing everyone a happy Valentine’s Day as I ran down the aisle,” Good said. He got there only 50 minutes late and quickly joined his daughters and wife. (People)

Give Paris one more chance. Anne Hidalgo wants to make France’s capital better. The Paris mayor knows her constituents want to live in dignity and work in decent conditions, get provisions easily and have access to education and leisure. Hidalgo hopes to turn Paris into a “15-minute city” for residents, providing what they need within a 15-minute walk or bike ride from their homes. Sounds like a worthy aspiration for other cities I know. (City Lab)

I’ll leave you with this image from Arizona’s Horseshoe Bend, suggested by reader Robin Baker Barr. This is from colleague Kevin Drum, and it’s pretty impressive. Have a great week ahead.