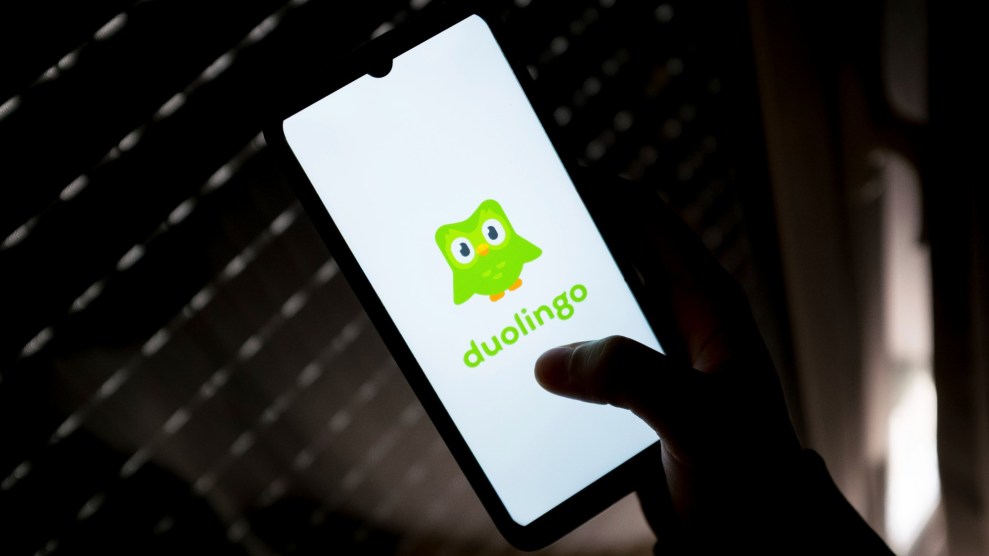 Attempts by businesses to appeal to Gen Z are getting really weird. On October 12, a Twitter user innocently tweeted about singer Katy Perry’s appearance at 2010 Kid’s Choice Awards, where the singer got absolutely blasted by a slime cannon hidden in a box.

For whatever reason, the Twitter account of Duolingo, a public company, chimed in, suggesting that the chartreuse liquid in question was perhaps its owl mascot’s ejaculate. Ew. Gross. I hate it! And while this is the first time I’ve seen a brand joke about ejaculating on a popstar’s face, it isn’t the first time I’ve seen corporations attempt edgy humor to try and appeal to a younger demographic.

we're all thinking it, i just said it

If there’s one thing that defines members of Gen Z, besides middle parts and social media savvy, it’s their unique sense of humor. As dark as it is silly, it is often compared with the sentiment of the absurdist Dada movement that emerged in response to the horrors of World War I. Many brands have adjusted their marketing strategies appropriately—or inappropriately—adopting an edgier online voice to appeal to young adults.

One of the first to do this successfully on Twitter was everyone’s favorite pigtailed fast food mascot. Wendy’s snarky Twitter banter with followers was huge, even spawning Wendy’s fan art and fan fiction.

Well that's perfect for you cause you look like a tumbleweed in human form. #NationalRoastDay

are we getting a single tonight… or…

all you have to do is open your mouth

But in the Digital Age, it’s not enough to just be edgy: You’re also aiming to go viral. At this point, brands are racing to see who can tweet or otherwise relay the wildest statements known to humankind, with little regard for what is okay. To joke publicly about jizzing on a woman’s face is inappropriate and sexist under most any circumstances, but the fact that Duolingo is an educational language app makes it so much worse.

This isn’t the first time Duolingo’s social media team has done something tactless. During the widely covered Johnny Depp v. Amber Heard defamation trial, Duolingo Twitter made a quip at Heard’s expense. In May, NBC News had uploaded to TikTok a trial clip in which Heard talks about the barrage of online hate she’d been receiving. Of this, Duolingo tweeted: “Y’all think amber watches tiktok”—and was quickly called out for making light of a case involving allegations of physical abuse and sexual assault. (Duolingo’s 24-year-old social media manager apologized.)

But even when these marketing tweets are more grounded, they still are weird. Yes, Starbucks tweeting about how it’s  planning to sleep on a flight only to immediately buy coffee at the airport is relatable and harmless. But when paired with the company’s recent union busting efforts, it’s not so cute anymore.

I, for one, am sick of corporate attempts at cleverness cluttering my social media timeline. There’s something insanely off-putting about a faceless company trying to sound like a real person. Are some of the tweets funny? Sure. But it would be wise to remember that these brands are not your friends.