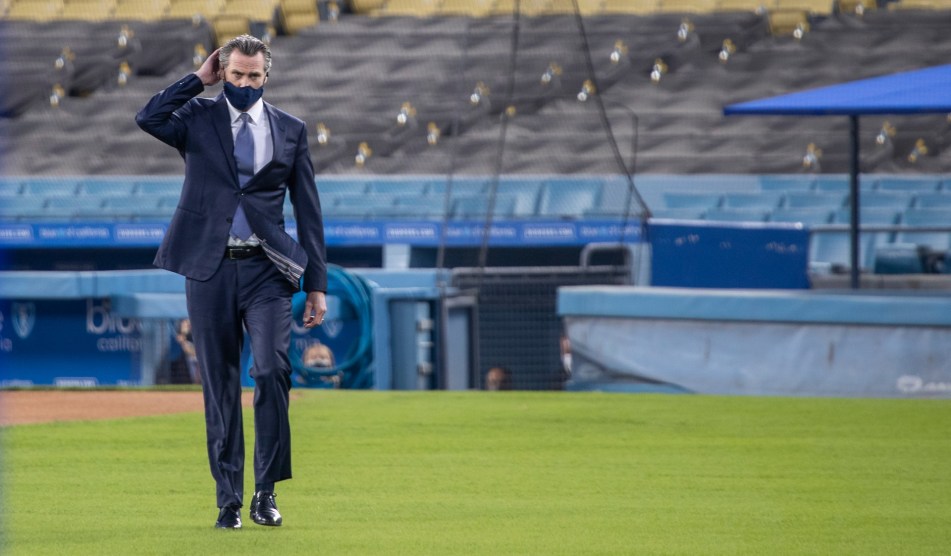 The Recall Gavin campaign has officially grabbed the attention of its target. Yesterday, Democrats launched a Stop the Republican Recall campaign, the first sign from the party and Newsom’s office that the recall effort poses a legitimate threat.

The group rolled out an anti-recall TV ad and promoted a slew of major Democrats against the effort. It pushed the recall as ridiculous, brought by a “coalition of national Republicans, anti-vaxxers, QAnon conspiracy theorists and anti-immigrant Trump supporters.” The recall opponent group cites the Los Angeles Times’ reporting on the links between the recall funders—largely California GOP members and a small group of wealthy tech—and some of its far-right, white supremacist supporters. Though the campaign claims to have gathered over 2 million signatures—more than enough to trigger a special election—a recent poll shows in that event only 38 percent of Californians would vote to oust Newsom.

The RecallGavin2020 campaign, which began late last year, has morphed from a fringe petition initiated by a retired police sergeant and promoted by an eye-patch-wearing political consultant into a catch-all raison d’être for lockdown weary Californians, Republicans, and far-right conspiracists alike—the pinnacle of the state’s recall fever. When I profiled Randy Economy, the campaign’s spokesperson and said political consultant, he gleefully raved about those appropriating his effort for their grievances. As I reported then, a few prominent and wealthy tech barons have joined the recall.

Some of the campaign’s biggest monetary backing has come from Silicon Valley moguls dissatisfied with the state’s attempts to regulate Big Tech. Billionaire investor and Golden State Warriors part-owner Chamath Palihapitiya may not share Economy’s self-proclaimed “fiercely independent” politics, but that didn’t keep him from donating $100,000 to the recall effort—after hinting at his own plans to challenge Newsom. (Palihapitiya has since said he won’t run.) Venture capitalist Doug Leone and his wife have also donated about $100,000 to the recall effort. The investor and former PayPal executive David Sacks is another recall backer; his wife, Jacqueline, gave $25,000 in support.

Though the campaign alleges to already have more than enough votes to force a recall vote, the most recent February numbers from the Secretary of State indicate that the campaign would still need over 800,000 signatures, even more if ensuring valid, verified signatures. Petitioners have until March 17 to submit signatures after which the registrar’s office has until late April to certify them. If a special election is forced and goes in favor of his critics, Newsom will be the second California governor to be booted from office after the 2003 recall of Democrat Gray Davis.

At Dodger Stadium last week, Newsom addressed Californians for his second State of the State Address since the pandemic began to highlight the strides his administration has taken to distributing vaccines. Though Newsom did not explicitly mention the recall effort by name, he referenced those “promoting partisan, power grabs with outdated prejudices,” that he will “not be distracted from getting shots in arms and our economy booming again.”