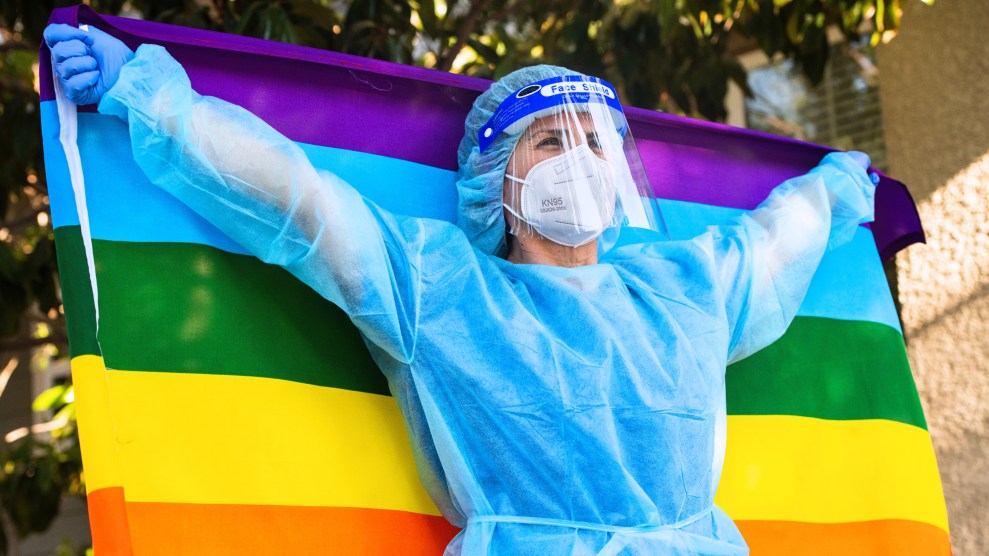 Queer Americans are finally protected from health care discrimination on the basis of their sexual orientation and gender identity, the Department of Health and Human Services announced Monday. The move is a direct reversal of Trump-era policies and comes nearly a year after the Supreme Court interpreted sex-based discrimination to include LBGTQ folks in employment law.

“The Supreme Court has made clear that people have a right not to be discriminated against on the basis of sex and receive equal treatment under the law, no matter their gender identity or sexual orientation,” said HHS Secretary Xavier Becerra in a statement. “Fear of discrimination can lead individuals to forgo care, which can have serious negative health consequences. It is the position of the Department of Health and Human Services that everyone—including LGBTQ people—should be able to access health care, free from discrimination or interference, period.”

HHS’s discrimination prohibition applies to health care providers, insurers, and all other medical organizations that receive HHS funding. Queer folks who are discriminated against by their providers can file a complaint with the federal government, triggering an investigation and saving them from having to engage in a lengthy and costly lawsuit. It’s a return to the Obama administration’s interpretation of nondiscrimination protections, but one that—thanks to legal challenges—never fully took effect after it was introduced in 2016.

Dr. Rachel Levine, the country’s first transgender assistant secretary for health, told the 19th that it’s a “watershed moment” for LGBTQ rights. But she still worries about the barrage of “draconian” proposals at the state level that are attempting to criminalize gender-affirming health care for transgender children. As the 19th reported on Monday:

It’s still unclear if or how the new HHS guidance could affect any of those state-based health care restrictions, or whether it might give Washington any tools to undercut those bans. But at a minimum, it sets a federal tone in contrast to what is emerging in many Republican-led statehouses and could foreshadow further legal action.

“We applaud the Biden administration’s decision to enforce these non-discrimination protections in health care, particularly at a time when LGBTQ people are under attack from a record-breaking number of discriminatory bills being signed into law and moving through state legislatures across the country,” said Human Rights Campaign President Alphonso David.