There’s no trouble finding a need for a new politics. The needs have been cited so often as to constitute a litany: growing poverty, layoffs and cutbacks, business crime and fraud, crumbling infrastructure, homelessness, child exploitation, stagnant wages and family income, drugs and crime, adult illiteracy, schools in chaos, taxpayer bailouts of corporate crooks, triple deficits, falling behind foreign competitors, environmental pollution, health care costs, consumer abuse, land erosion, discrimination against color, gender, and age, inequitable taxation, government waste, fraud, and abuse, and everywhere bureaucratic rigidity. Not many people would deny that these problems are widespread. Yet not a single mass movement worthy of the name exists to address the concentration of power that breeds these injustices.

MJ: Are you as consistently upbeat about your 60s as you sound in your book?

Gloria Steinem: Remember when you were 9 or 10 or 11, and maybe you were this tree-climbing, shit-free little girl who said, “It’s not fair,” and then at 12 or 13 you suddenly turned into a female impersonator who said, “How clever of you to know what time it is!” and all that stuff? Well, what happens is that when you get to be 60, and the role is over, you go back to that clear-eyed, shit-free, I-know-what-I-want, I-know-what-I-think 9- or 10-year-old girl. Only now you have your own apartment. More…

One of the things that concerns a lot of Americans lately is the increase in plain old nastiness in our political discussion. It comes from a number of sources, but Rush Limbaugh is a major carrier…

The kind of humor Limbaugh uses troubles me deeply, because I have spent much of my professional life making fun of politicians. I believe it is a great American tradition and should be encouraged. We should all laugh more at our elected officials it’s good for us and good for them. So what right do I have to object because Limbaugh makes fun of different pols than I do?

I object because he consistently targets dead people, little girls, and the homeless none of whom are in a particularly good position to answer back. Satire is a weapon, and it can be quite cruel. It has historically been the weapon of powerless people aimed at the powerful. When you use satire against powerless people, as Limbaugh does, it is not only cruel, it’s profoundly vulgar. More…

Much as I studied it, I could find no larger relevance in the “process.” How could a postmodern campaign which is chiefly an exercise in fundraising and deniable mendacity be regarded as an appropriate test of one’s ability to govern a nation? How could an experience that combines elements of fraternity hazing and sleep-deprivation experimentation be a useful prelude to global command?

Then I read something in late March that chilled me to the bone and sent my teeth to rattling, as in one of those late-night moments when you catch a glimpse of the terrible emptiness at the heart of it all. What I read was that President Bush was not planning to attend the environmental Earth Summit in Rio de Janeiro, because, in his own words, he was busy “running for the presidency.” But he is president, I thought, in my innocence. Then it dawned on me: Today, being president is really no different than running for president. It’s about approval ratings and photo ops and damage control and deniability. It’s not about running something; it’s just about running.

My lifelong entanglement with pay phones dates me; when I was young they were just there, a given, often as stubborn and uncongenial as the curbstone underfoot. They were instruments of torture sometimes. You had to feed them fistfuls of change in those pre-phone-card days, and the operator was a real person who stood maddeningly between you and whomever you were trying to call. And when the call went wrong, as communication often does, the pay phone gave you a focus for your rage. Pay phones were always getting smashed up, the receivers shattered to bits against the booth, the coin slots jammed with chewing gum, the cords yanked out and unraveled to the floor.

There was always a touch of seediness and sadness to pay phones, and a sense of transience. Drug dealers made calls from them, and shady types who did not want their whereabouts known, and otherwise respectable people planning assignations, and people too poor to have phones of their own. In the movies, any character who used a pay phone was either in trouble or contemplating a crime. Pay phones came with their own special atmospherics and even accessories sometimes the predictable bad smells and graffiti, of course, as well as cigarette butts, soda cans, scattered pamphlets from the Jehovah’s Witnesses, and single bottles of beer (empty) still in their individual, street-legal paper bags. Mostly, pay phones evoked the mundane: “Honey, I’m just leaving. I’ll be there soon.” But you could tell that a lot of undifferentiated humanity had flowed through these places, and that in the muteness of each pay phone’s little space, wild emotion had howled.

Before pay phones became endangered I never thought of them as public spaces, which of course they are. They suggested a human average; they belonged to anybody who had a couple of coins. Now I see that, like public schools and public transportation, pay phones belong to a former commonality our culture is no longer quite so sure it needs. More…

None of george bush’s offspring is more his father’s son than George W. Bush. George Jr., or “Shrub,” as Molly Ivins refers to him, began his own Texas oil career in the mid-1970s when he formed Bush Exploration. Like the business dealings of his brothers, George’s company was not a success, and it was rescued in 1983 by another oil company, Spectrum 7, run by several staunch and well-heeled Reagan-Bush supporters. But by mid-1986, a soft oil market found Spectrum also near bankruptcy.

Many oil companies went belly-up during that time. But Spectrum had one asset the others lacked the son of the vice president. Rescue came in 1986 in the form of Harken Energy, just in the nick of time. Harken absorbed Spectrum, and, in the process, Junior got $600,000 worth of Harken stock…

Suddenly, in January 1990, Harken Energy became the talk of the Texas oil industry. The company with no offshore-oil-drilling experience beat out a more established international conglomerate, Amoco, in bagging the exclusive contract to drill in a promising new offshore oil field for the Persian Gulf nation of Bahrain. A company insider claims the president’s son did not initiate the deal but feels that his presence in the firm helped with the Bahrainis. “Hell, that’s why he’s on the damn board,” the insider says. “You say, ‘By the way, the president’s son sits on our board.’ You use that. There’s nothing wrong with that.”

The company insider says that Junior was excited about the Bahrain deal. “Like any member of the board, he was thrilled,” the associate says. “His attitude was, ‘Holy shit, what a great deal!’ ” More… 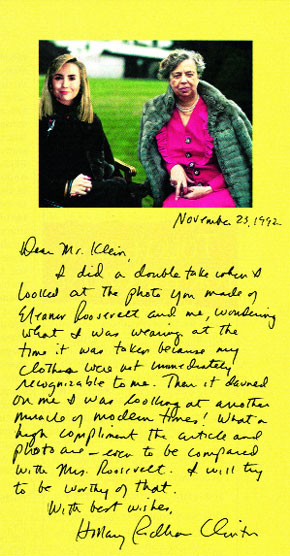 Censored The Campaign Against the Media May/June 1996

In March 1994, ABC killed a tobacco exposed called “Tobacco Under Fire.” ABC Executive Vice President Paul Friedman called it a “boring” rehash. We disagree. An excerpt of the leaked tape:

Narrator: And the tobacco companies [benefited from] the direct help of President Ronald Reagan.

Dr. C. Everett Koop: Before he was inaugurated, there was correspondence between the chief executive officer of R.J. Reynolds and the president, calling attention to the fact that the tobacco company would hope that this president would not be too tough on the tobacco industry. And the president wrote back I don’t know who wrote the letter for him, but I could hardly believe it when I eventually read it: “My administration will be too busy with more important things.” More…

MJ: In the United States, at least, there has been a trend toward celebrating fame for its own sake.

Salman Rushdie: It’s not just America. [In England] a graduating class of high school kids was asked what they wanted to be, and something like three-quarters of them answered that they wanted to be famous. I mean, as if that were a career. Famous for what didn’t occur to them. Anything would do. Performing a blow job on the president or murdering your wife. Albert Schweitzer or Monica Lewinsky, same thing. It is the curse of our time.