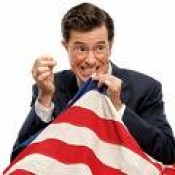 The South Carolina Democratic party voted today to keep comedian Stephen Colbert off the state primary ballot, saying they considered him an insufficiently serious candidate. I guess he wasn’t such welcome competition after all.

Putting aside the issue of whether or not Colbert makes the grade (though I don’t see anyone else asking supporters to donate $100,000 to schools), what does it take to be considered a “serious” candidate? Do you need supporters? Do you have to want the job? The designation of “seriousness”—and, by extension, viability—tends to reflect the conventional wisdom of the media echo chamber far more than the candidate’s actual merit. Call it the spoiler effect, wherein third parties and so-called “fringe candidates” are deleted from polls, kept off ballots, and literally forbidden to debate their better-heeled challengers. With such sparse options, it’s no wonder that pundits and voters alike spend hours parsing the lead candidates’ general statements for nuance and difference.

Bottom line, this country should welcome candidates who stray from the center and take principled, controversial positions, even if they lose in the end. If we broaden our definition of productive debate, we’ll broaden our choices too, and maybe alleviate some of our cynicism. You want to be considered a serious candidate? Earn it.