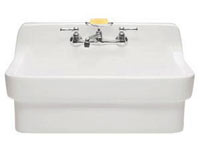 Going negative worked for Hillary Clinton in Ohio and Texas and the Obama campaign knows it.

On a conference call with reporters this afternoon, Obama’s chief strategist David Alexrod acknowledged Clinton’s kitchen sink strategy and said, “What’s good for the goose is good for the gander.” Get ready for an ugly six weeks until Pennsylvania, folks.

Axelrod started in on Clinton with the tax return issue. “The vetting of Hillary Clinton has yet to start. The hard questions haven’t been asked,” he said. “They’ve talked about change you can Xerox. You can Xerox a tax return. There’s not a lot of preparation… it’s important people understand what the sources of income are for the household that is going to be the next president.”

This all followed on the heels of a memo from the campaign earlier this morning titled, “TAX RETURNS: What does Clinton have to hide?”

For the record, Clinton has said that she will release her tax returns on April 15. The Obama campaign contended today that 80 percent of Democrats will have voted by that time, and that the returns ought to be released immediately. Axelrod called Clinton a “habitual non-discloser,” suggesting that the tax return issue was part of a larger problem. The only other thing Clinton hasn’t disclosed, as far as anyone can tell, are her records from the White House, which are held at the Clinton library. The Clinton campaign claims that the Bush Administration is the reason for the delay on that issue. (More on that scandal from Michael Isikoff.)

Axelrod spoke directly the press, saying, “We’re asking you guys to do your jobs.” It was a familiar line for the press on the call. It echoes a refrain from Clinton communications director Howard Wolfson, who has insisted almost daily on Clinton conference calls that the press has been giving Obama a free ride.

But can Obama replicate Clinton’s tactics while maintaining his new politics sheen? Axelrod addressed the question by saying, “This is not a decision to go negative. This is an attempt to see to it that both campaigns are held to the same yardstick.” It was a stretch of the truth, but if the Obama camp is going to use the Clinton game plan going forward, stretching the truth in conference calls is going to become standard practice.

Axelrod is already getting good at it. Commenting on the person in America who has received either the most or the second most scrutiny over the last fifteen years, he managed to say, “I don’t think there’s any candidate who has been vetted less than Senator Clinton.”