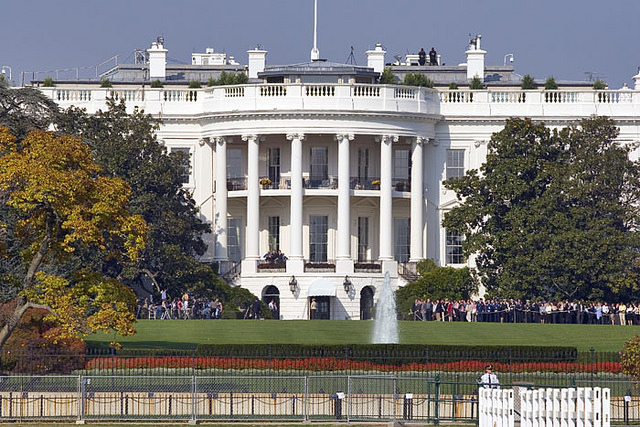 U.S. District Judge John Bates issued a ruling today that former White House Counsel Harriet Miers and White House Chief of Staff Joshua Bolten must comply with the subpoenas issued to them by the House Judiciary Committee. The subpoenas were issued as part of Congress’s investigation into the allegedly politically-motivated firing of eight US attorneys. The White House had argued that Miers and Bolten were immune from testifying or sending documents to Congress, but Bush-appointed judge John D. Bates was having none of it. Bates, regarded as a pro-administration judge, said in his decision that the White House’s claim that its aides were always and in all circumstances immune from subpoenas was “unprecedented” and “without any support in case law.” Glenn Greenwald, who goes deeper into the legal implications of this ruling, pointed to a passage from page 78 of the ruling as especially important:

The Executive cannot identify a single judicial opinion that recognizes absolute immunity for senior presidential advisors in this or any other context. That simple but critical fact bears repeating: the asserted immunity claim here is entirely unsupported by case law. In fact, there is Supreme Court authority that is all but conclusive on this question and that powerfully suggests that such advisors to not enjoy absolute immunity.

That’s a pretty serious smackdown of the administration coming from the same judge who said in 2002 that Dick Cheney could keep his Energy Task Force records secret from the Government Accountability Office. The White House will likely appeal the ruling, but it’s unlikely to get a judge more favorably inclined towards the Bush administration than Bates. Still, the appeal will keep Bates’ ruling—which would have required Miers to testify and required both Bolten and Miers to hand over documents—from being enforced until there is a final judgment. And as in the White House emails case, the Bush administration may be able to simply run out the clock.