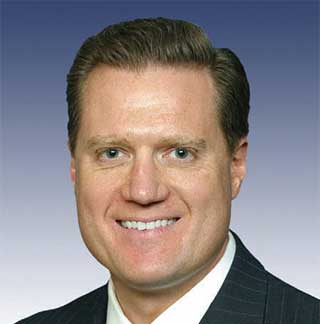 Congressman Mike Turner, a Republican vying for a seat on the powerful House Appropriations Committee, has declared himself to be a pork buster, sponsoring legislation that would put a moratorium on all federal earmarks—those backdoor funding requests made by House and Senate members for local projects that are not vetted in the usual appropriations process. But for Turner, who represents a district in southwest Ohio, pork has been a family affair. Since 2004, Turner has requested millions in earmarks for a local organization that later hired his wife, and a highway project that would benefit one of her business partners.

Turner, a former Dayton mayor, hit a patch of trouble earlier this year when the Dayton Daily News disclosed that his wife’s PR company, Turner Effect, had been awarded a lucrative no-bid contract by the Dayton Development Coalition, which lobbies Congress for funding for local projects. The coalition had retained Lori Turner to develop a slogan for the Dayton area. (Her brainstorm: “Get Midwest.”) After the story broke, she dropped the contract, claiming she did not want to be a “distraction.” Her firm had already been paid nearly $400,000.

Rep. Turner defended the contract, claiming that the ddc didn’t request or receive earmarks for itself. But according to tax records, the coalition—many of whose members are also major Turner donors—shared an address, phone number, and president with a partner organization called Development Projects, Inc. And what did not come out in the news stories was that Turner had requested $3.4 million in federal earmarks for local development that would be passed through dpi. (Roughly $700,000 was actually approved and disbursed.)

Turner, through a spokesman, told Mother Jones that ddc and dpi are essentially the same thing, but maintained that the earmarked money was only held by dpi for a short time, before being passed along to the city of Dayton. Still, the coalition “are the ones that are getting the credit for the money,” notes Steve Ellis, vice president of Taxpayers for Common Sense. “It’s essentially one hand washing the other.”

And Turner—who has received more campaign contributions from developers than from any other industry—has supported at least one other big project to which he has a personal connection. On the day Turner was elected to Congress in 2002, Lori Turner and Tom Peebles, prominent Dayton developer and longtime Turner donor, incorporated a real estate firm called Peebles Homes of Beavercreek, which set to work on two high-end real estate developments. Congressional ethics rules state that “interest in a limited partnership established to purchase real estate” must be revealed as part of members’ financial disclosure, but Peebles Homes did not appear on any of Turner’s filings; Turner’s spokesman says that’s because it was actually a subsidiary of Turner Effect.

In 2004, Turner won $6.75 million in earmarks for a massive new highway project south of Dayton. Foes of the project call it an assault on Dayton’s urban center, but it will be a boon for developers—including Tom Peebles, who has been active in residential development in the area.

This past February, three weeks after the Dayton paper disclosed Lori Turner’s contract with the Dayton Development Coalition, her partnership with Tom Peebles was dissolved, according to state records. Lori Turner says the business ended “due to market conditions.”

Over the past few years, the Republican Party in Ohio has been hit by a series of scandals involving prominent officials who have had to leave office. Perhaps that’s why the website for Lori Turner’s PR firm has a detailed ethics policy. “They aren’t naifs when it comes to this issue,” Ellis points out, adding that Rep. Turner—who will have far more power over Congress’ purse strings if his bid for an Appropriations seat succeeds—”walked right up to the line and danced around it.”