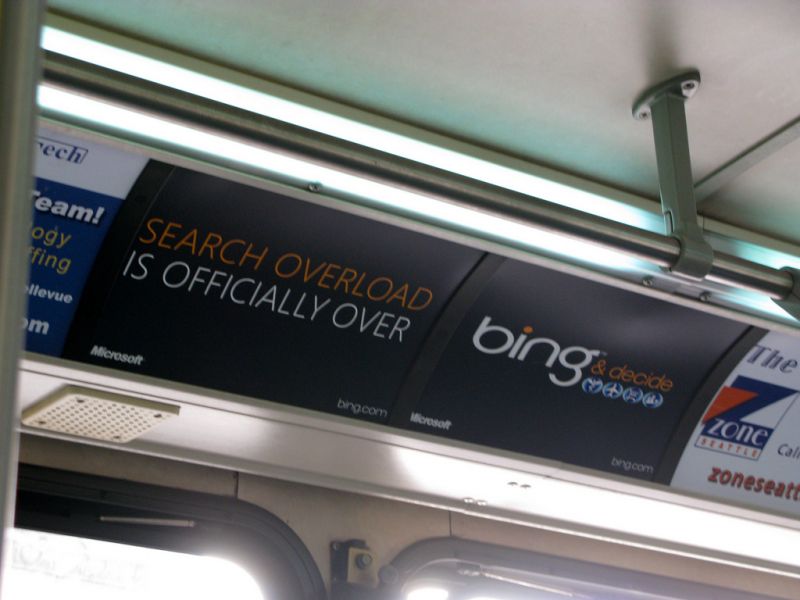 Sure, for years Google has held a virtual monopoly over the search engine sector. But Bill Gates is always looking for a fight. And with Google facing scrutiny from the Feds over its potential anti-trust activities, there’s no better time for Microsoft to make one last push for stardom with its new Bing search “decision” engine.

Bing only came to my attention after I saw approximately 50 advertisements, mostly from Gmail ads and Google searches. The name sank into my brain after I heard a catchy radio announcement. After hearing the radio ad, I thought Bing might actually be the product of an adventurous, independent, “two-guys-working-from-their-garage with angel investors” kind of startup. So I was somewhat saddened when, after being visually assaulted by an incredibly large banner ad on the New York Times homepage, I Googled Bing and found out that “the Man” was actually the driving force behind this onomatopoeia-aficionado’s dream “decision engine.”

We all know what happened when Microsoft tried to make Zune a comparable alternative to Apple’s iPod, but we can never count Bill Gates & Co. out of the running for anything. So far, in my limited Bing usage, the engine has combined features of GoogleMaps, Kayak.com, and Hotels.com. For some searches, it was able to find somewhat better prices, though it didn’t factor in things like taxes, location, or my preferences into the results. In the end, I ended up not booking through Bing. Since this newcomer is trying to be a one-stop-shop for all your decision needs, it may have uses for those who don’t mind giving up the very best deal if it means they only have to go to one site instead of a dozen. For now, I may use Bing as a reference to make sure I’m getting the best deal on something, but I’ve decided it certainly won’t become my go-to for decisions.