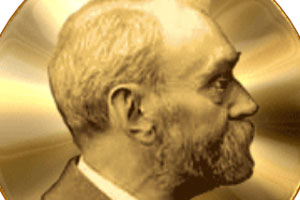 But Ostrom’s victory is significant in another way too: She is the first female to win the economics prize since its inception 40 years ago.

School kids, take note: Who says economics is for boys?

Update: More reason for women to celebrate—five females won Nobel Prizes this year, the most ever. The other victors were Elizabeth Blackburn and Carol Greider, physiology/medicine; Ada Yonath, chemistry; and Herta Muller, literature.

This is particularly impressive when you consider only 40 women total have ever won Nobels. And the victories are largely in the science and math fields, no less (take that, Larry Summers!)