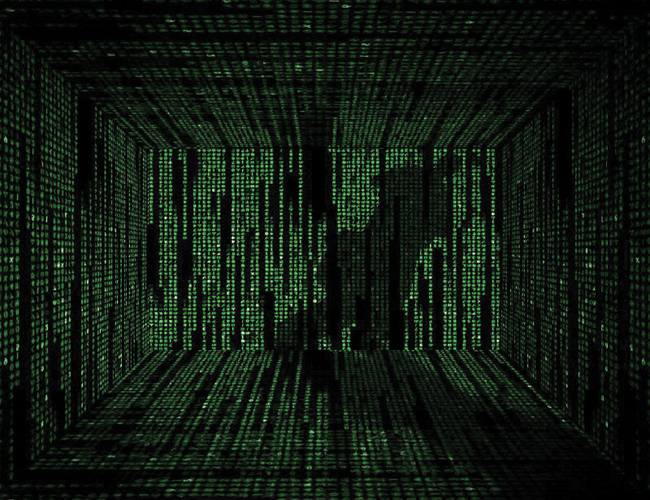 The world is full of a lot of conservative anti-Obama craziness these days—Glenn Beck, the Birther movement, etc. But anti-immigration activist William Gheen might take the prize as this week’s most paranoid Obama critic. On Tuesday, Gheen circulated an email claiming that the Obama administration may intend to use the swine flu epidemic as an excuse to shut down the web and thus silence his critics. Gheen’s source for his claim? A small Reuters story about a recent GAO report suggesting the Department of Homeland Security doesn’t have a backup plan should millions of bored Americans, home with swine flu, overload the Internet with too many games of XBlaster. He writes:

“Ironic that Obama’s DHS is telegraphing a desire to shut down ‘certain websites’ and civilian access to the Internet in response to this weak strain of flu, considering the fact that civilian Internet communications are the primary information sharing channels of his political opposition. The Internet combined with talk radio is the biggest threat to Obama’s globalist open borders amnesty agenda. The White House clearly has resentments towards any media not under the control of their masters.”

Fortunately for immigrant bashers everywhere, Gheen’s North Carolina-based Americans for Legal Immigration PAC is going to set up alternative channels to help get its message out in the event of an Internet blackout. Gheen says, “ALIPAC is moving to create a phone bank that can be staffed with employees and volunteers to reach our supporters during such an emergency and attack on free speech.” The phone bank, naturally, will need donor support.

I tried to talk to Gheen about his plans for the phone bank but apparently Mother Jones is not high profile enough for the media savvy activist. In response to my request for an interview, he emailed, “hahahahhahhahha! You are so funny Stephanie.”

Mother Jones might be the only news outlet Gheen has not graced with a snappy one-liner these days. He has become a regular go-to guy for reporters looking for a reliable anti-immigrant quote and he is a frequent guest on cable news shows. Since early September, he has been on NPR’s Talk of the Nation twice. And last week, his phone was apparently ringing off the hook after he became perhaps the country’s only defender of an illegal alien Halloween costume (complete with fake green card) that was briefly on sale at Target.

After Target and other stores pulled the offensive costume from the shelves, Gheen sent out an alert asking supporters to make it the “most popular costume of Halloween 2009!” by purchasing it online. He claims the idea was so well received that the costumes sold out nationwide within hours. Fortunately Gheen himself was able to procure one before then and offered to wear it on TV if a national news outlet would only interview him. (It doesn’t appear that anyone did, but since I didn’t get to ask Gheen if anyone took him up on his offer, I can’t say for sure.) He has since put the costume on eBay to raise funds for his fight against “illegals.”

Gheen seems to relish defending the indefensible. In September, he was one of the first public voices to declare South Carolina Rep. Joe Wilson a hero after his “you lie” outburst during Obama’s speech to Congress. Such positions have apparently endeared him with some of the talk radio crowd, but it’s unclear just how many people Gheen actually represents.

He first appeared on the national scene in 2005 after fighting a bill that would have allowed some non-citizens to qualify for in-state tuition at some of North Carolina’s public colleges and universities. Now a talk-radio host himself, he is a prominent promoter of the reconquista conspiracy theory, which posits that Mexicans are plotting to seize American territory. He supposedly has close ties to the Minutemen and other anti-immigration factions that the Southern Poverty Law Center has deemed hate groups. He recently tried to hitch his wagon to the Tea Party movement, calling for the tea partiers to hold rallies on Nov. 14 to protest amnesty and illegal immigration.

But a quick check of the Tea Party Patriots’ schedule for next month doesn’t show a single event on that day devoted to immigration. And despite Gheen’s regular media appearances, potential donors should be wary of answering his latest call to fund his phone banks. Gheen’s PAC seems largely devoted to supporting himself rather than any particular candidates. In the 2008 election cycle, ALIPAC raised $229,720 but donated a mere $2,500 to federal candidates, according to the Center for Responsive Politics. (North Carolina Sen. Elizabeth Dole was no doubt grateful for the $250 he sent her way.) By comparison, Gheen paid himself $92,000. He did spend $18,000 on a phone bank against the 2007 proposed “amnesty” bill, but most of the rest of his PAC expenses appear to be devoted to travel, entertainment hotels, and web support.

Given his thin political record, Gheen might be like the proverbial tree falling in the forest: If the Obama administration really did shut down the Internet and Gheen lost his virtual platform, would anyone really notice?