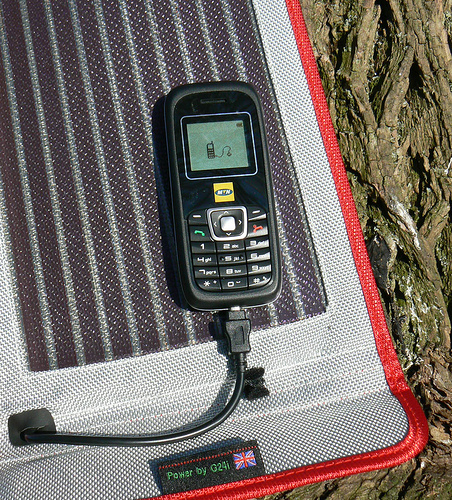 I recently forgot my phone charger on a weeklong trip. I was staying with friends, so I asked around: Surely someone had a charger that fit my phone? No dice. A subway ride to the AT&T store and $30 later, I had a new charger, identical to my old one. I used it for the remainder of the trip, then shoved it in a drawer when I got home. Good story, huh?

So-called “redundant chargers” are actually a big problem—not just for forgetful people like me, but for folks who buy the same phone over and over and get a new charger (they typically come with the phone) every time. An estimated 1.2 billion cell phones were sold worldwide in 2008, and the UN’s International Telecommunication Union estimates that between 50 and 80 percent of those were replacements.

Good news: The Union just approved a universal charger. If enough manufacturers adopt it, the industry could make half as many chargers—thus reducing greenhouse gases from manufacturing and transporting replacement chargers by as much as 15 to 24 million tons a year.

Bonus: The universal charger will likely use half as much energy on standby as conventional chargers, solving the “wall wart” problem.

The charger is currently set to launch internationally next year, and a European industry group expects it to come standard with many phones by 2012. Manufacturers won’t be required to sign on, but a few (Samsung, Nokia, Motorola) already have.

So consider this a heads up: If you’re in the market for a new cell phone next year, look for one with a universal charger. In the meantime, unplug your charger when you’re not using it: If 10 percent of cell phone users unplugged, they would save enough energy to power 60,000 European homes. Consider a hand-crank or solar-powered charger. (People seem to like this one, which is also a radio and a flashlight. Cool.) And, uh, remember to take your charger with you on vacation.