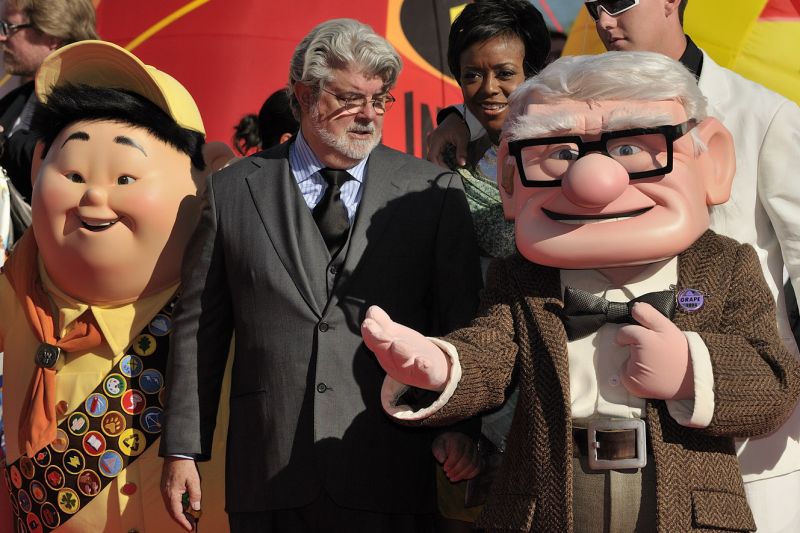 A recent BBC Magazine article ponders a bunch of kids’ films that keep grown-ups interested with references to the adult world. The article seems to suggest that adults will only sit through a movie made for kids if it slips them an occasional allusion to classic film vocabulary or pop cultural effluvium. It eludes the wee ones, but tickles their parents pink! So the theory goes.

Finding Nemo, for example, has a scene with seagulls that echoes Alfred Hitchcock’s The Birds. (On that note, Mr. Hitchcock would like to say a few words to you.) In Wall-E, the trash-compacting robot in question has a boot-up sound like that of the Apple Mac. (Strangely, there’s no mention of his system crashing and requiring replacement every two years. Sequel?) The first Shrek movie was liberally peppered with self-conscious references that reviewers found notable. (The two-minute trailer alone cites Pinocchio, Snow White, Little Red Riding Hood, Tic Tacs, 360-degree action movie camera pans, and Otis Redding’s version of “Try a Little Tenderness.”)

Even still, the idea put forth in the article—that today’s children’s films require a “smorgasbord of appeal” to keep adults interested—seems a bit of a stretch. As an adult I’ve re-watched many of the Disney movies I saw as a child in the 80s, and every one of them trafficked in some kind of macrocosmic mythic theme. Both Lady and the Tramp (1955) and The Aristocats (1970) revealed themselves as stories about troubled romances between the upper and lower classes, pitting WASPy haute bourgeoisie against jazzy, ghettoized immigrants. Today, kids’ movies still appeal to me: I cried while watching Shrek (somehow, I became very emotionally invested in whether the Mike Meyers-voiced ogre would get to be in a committed, long-term relationship with the Cameron Diaz-voiced princess), and most definitely cried at Up. That Shrek included endless outside references to popular culture, or that Up‘s old codger was modeled after Spencer Tracy and Walter Matthau were hardly essential to keeping my attention. Rather, both movies were driven by stories that offered catharsis by addressing time-honored human themes in an emotionally manipulative way that’s lots of fun for everyone. That, and talking animals: Always talking animals.

So, dressing up your children’s film with tinselly allusions to the adult world might be good for a few cheap laughs, but it has nothing to do with how well the film will stand the test of time. Check out Matt Zoller Setiz’s Salon article contrasting Pixar and Hayao Miyazaki yesterday for more on the difference between mesmerizing people and blowing their minds.