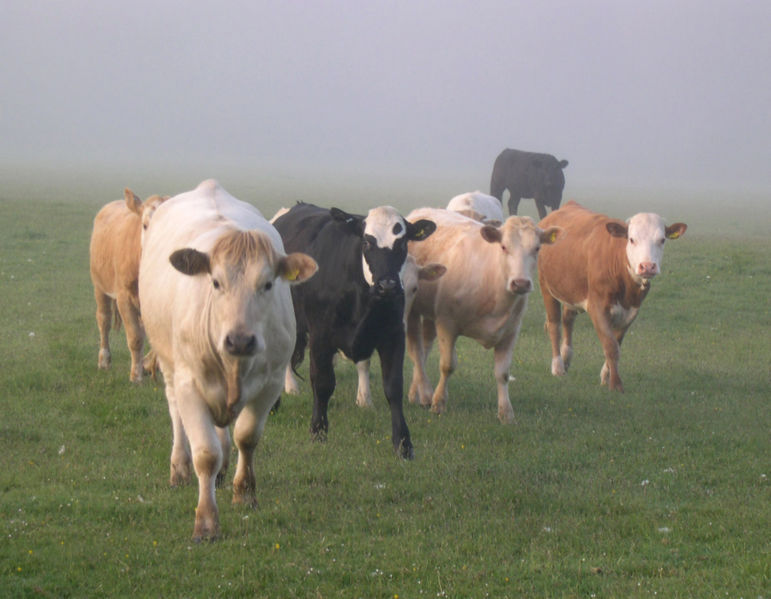 Global meat production has tripled in the past three decades and could double its present level by 2050. That’s likely to have a significant impact on human health, the environment, and the global economy in the next 50 year, according to a new two-volume report, Livestock in a Changing Landscape. Key findings regarding the economic and ecological footprint of livestock:

“Without a change in current practices, the intensive increases in projected livestock production systems will double the current environmental burden and will contribute to large-scale ecosystem degradation unless appropriate measures are taken.”

Key findings regarding human health and the livestock industry include:

The report suggests that countries provide incentives for better management practices that focus on land conservation and on more efficient water and fertilizer use. Co-editor Fritz Schneider of the Swiss College of Agriculture tells the Stanford Report:

“So much of the problem comes down to the individual consumer. People aren’t going to stop eating meat, but I am always hopeful that as people learn more, they do change their behavior. If they are informed that they do have choices to help build a more sustainable and equitable world, they can make better choices.”