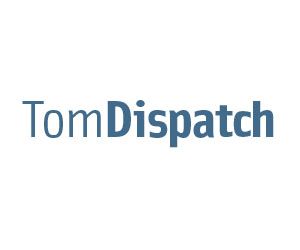 When it comes to our nation’s military affairs, ignorance is not bliss. What’s remarkable then, given the permanent state of war in which we find ourselves, is how many Americans seem content not to know.

There are many reasons for this state of affairs. Our civilian leaders encourage us to be deferential toward our latest commander/savior, whether Tommy Franks in 2003, David Petraeus in 2007, or Stanley McChrystal in 2010. Our media employs retired officers, most of them multi-starred generals, in a search for expertise that ends in an unconditional surrender to military agendas. A cloud of secrecy and “black budgets” combine to obscure military matters, ranging from global strategy to war goals to weapons procurement. The taxpayer, forced to pony up about one trillion dollars yearly to fund our military, national security infrastructure, and wars, is sent a simple message: stay clear and leave it to the experts in uniform.

The powerlessness of ordinary Americans in military matters is no accident. Recall the one-word reply — “So?” — Dick Cheney offered in March 2008, when asked to comment on popular opposition to the war in Iraq. The former vice president was certainly far blunter than Washington usually is, and for that we may owe him a measure of thanks. By highlighting the arrogant dismissiveness of Washington’s warrior-elite when it comes to American public opinion, he revealed more than he intended.

Time for Vatican II at the Pentagon

If military power is the church at which we worship and the Pentagon is our American Vatican, then it is desperately in need of the equivalent of Vatican II which, in the early 1960s, opened the Catholic Church to greater participation by the laity, a vitally important change in ethos. Instead of continuing to pray at the altar of their particular services, we need our Pentagon “priests” to turn to the laity — us — and seek our input and sanction. Instead of preaching in unintelligible Pentagonese, with its indecipherable acronyms, secret doctrines, and spidery codenames, it’s long past time for them to talk to us in a language that reasonably informed adults can understand.

Think about this: last year, our country held innumerable public hearings on health-care reform. Congress continues to fight about it. It’s constant news. There’s a debate alive in the land. All this for a program that, in ten years, will cost the American people as much as defense and homeland security cost in a single year.

Yet runaway defense budgets get passed each year without a single “town hall” meeting, next to no media coverage, and virtually no debate in Congress. Indeed, you’d think each Pentagon budget was an ex cathedra pronouncement, given the way Congress genuflects before them and Americans accept them without so much as a peep of protest.

Imagine, for a moment, if Pentagon officials, supposedly toiling in our name, actually condescended to ask us for our thoughts. What do we think about global military strategy, garrisoning the planet, the ways in which our forces are structured, and how, where, and for what they should be deployed abroad?

Sound crazy?  Here in the USA. it most distinctly does, but not to the citizens of New Zealand. A Kiwi friend of mine recently sent me “Defence Review 2009,” a publication of New Zealand’s Ministry of Defence (MoD). And catch this:  it includes a survey soliciting the advice of ordinary New Zealanders with respect to military affairs. It actually asks for the counsel of civilians on a “top ten” list of questions whose topics are remarkably comprehensive, including what the priorities of the country’s Defence Force should be, both now and in the future. Citizens can even present their views on military matters at a public hearing attended by MoD representatives, all in the name of public consultation. And the Defence Minister responds to the people in clear English sans the cobwebs of jargon that typically entangle our military pronouncements.

In case you haven’t noticed, here in the USA., requests from the Pentagon for citizen feedback aren’t flooding our email boxes. So I thought — since no one in that five-sided fortress on the Potomac has asked a thing of me — the least I could do was ask a few questions on my own. Here, then, is my own top-five list of questions that we, the American people, should ask the Pentagon, even if none of its officials want to hear from us. Maybe they’re a tad more pointed than those in the Kiwi survey, but that shouldn’t be surprising. After all, they’ve been a long time in coming.

1. Our military is supposed to be a means to an end: national security. Due to its immense size and colossal budget, has our military not become an end as well as means?

2. In World War II, Americans could explain “Why We Fight” in part because the government provided a clear and compelling rationale for war. Why are the goals of today’s wars so opaque to most Americans?

3. If our military provides us with our way of “nation building” abroad, won’t countries and peoples be more likely to copy our military ways and weaponry than our democratic teachings?

4. America is facing painful budgetary belt tightening. Why is the military immune?

5. Why does “support our troops” seemingly end when they leave the service, leading us to tolerate such inequities as an unemployment rate of 21% for young veterans?

Keep in mind that there are 10, 20, 30 more questions where those five came from — and our military badly needs to hear and respond to them all.

Every recruit is taught to stretch, to go the extra mile, to push until you can go no further. Our military needs some stretching and push-back: this time, from us. Unfortunately, most of us don’t think our opinions matter when it comes to our military — unless, that is, they consist solely of slavish adoration. The fact is most of us are detached from military affairs precisely because we know in our hearts that the Pentagon serves its own needs, that it may be interested in listening in on us, but certainly not in listening to us.

Kiwis have the reputation of being practical types with an admirable dash of humility, and I like to think that their Ministry of Defence solicits the views of its citizenry not just because it’s required by statute, but because their officials don’t believe they have a monopoly on good ideas.

Perhaps the MoD recognizes as well the difficulty military professionals have in thinking outside the box. Despite its gargantuan size and its endless advisory committees and boards, our Department of Defense is, in essence, a well-insulated church of likeminded believers, administered by tightly-wound power-brokers. It sees the world only as an arena of, and for, conflict. Wherever it looks, even within its own ranks, it sees rivals and enemies. It cannot help dividing the world into believers and heretics, friends and foes.

And it’s true that the world is a dangerous place. The problem is: the Pentagon is part of that danger. Our military has grown so strong and so dominates our government, including its foreign policy and even aspects of our culture, that there’s no effective counterweight to its closeted, conflict-centered style of thinking.

In fact, the Pentagon’s heft gives new meaning to the term “full spectrum dominance” and helps explain the lack of change in war policy since the 2008 elections. A vote that constituted an unmistakable call to end our wars in Iraq and Afghanistan — and so lessen the military’s influence — has led only to fresh war “surges” and mushrooming Pentagon budgets.  And yet, as the Pentagon charges forward, debate is nearly nonexistent and Congress can muster just 65 votes for a resolution to curtail the endless conflict in Afghanistan.

It’s shameful that only a so-called far left congressman like Dennis Kucinich has enough sense (and guts) to insist on Congressional debate about our forever-war in Afghanistan. Equally shameful: that Congress allotted only three hours to that debate on matters of life, death, and even financial well-being. Do we really need reminding that debate makes democracy stronger?  Evidently so. Take it from me as a retired Air Force officer: our troops won’t be demoralized by more debate and greater citizen participation.

Let’s face it, all of this represents a long-term sea change in American consciousness. Sadly, the old idea of the citizen army is dead, and because of this, most of us lack any direct connection to the military (and seemingly could care less). In the name of safety, security, and solidarity, we’ve buttoned our lips. We worship, but don’t partake.

Centuries from now, historians will look back on American history and wonder how so many gave away so much to so few. It should be our right to have a say in what defines the “defense” of our country. That right has been surrendered to the few. Our future may depend on genuine input from the many.

How about it? Are you ready to challenge the Pentagon church militant?  Or are you content to mouth the usual catechism, while continuing to dump billions each week into the collection basket?

Citizens of courage will surely choose the path of challenge.