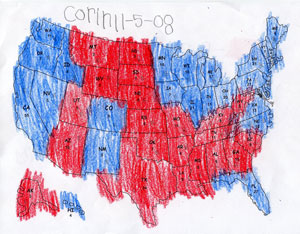 Though their campaign to repeal Obama’s Affordable Care Act has failed to gain much traction in Congress, Republican officials are already seizing upon ways to opt out of the new health law. At least 15 states—all but three led by Republicans—have decided against creating insurance pools for Americans with pre-existing conditions, forcing the federal government to step in and establish the high-risk pools itself. By contrast, at least 28 states—all but seven led by Democrats—will help the federal government by creating the pools themselves. It’s the first major decision for states to make under the new law. And the Republican-led refusals are the latest sign that red states will be far less willing to play nice as health reform gets underway.

In opting out of the high-risk pools, state officials criticized the federal government for not providing enough money to set up the program, claiming that states would end up being responsible for the shortfall. Texas Governor Rick Perry, for one, faulted the federal government for pushing “the aggressive implementation” and “the lack of assurances on financial solvency of the program.” Such barbs echo other Republican-led attacks on the new health law, including the big expansion of Medicaid that states will help support—backed by a huge injection of federal money.

The split over the high-risk pools is only the beginning of the red state vs. blue state divide under the new health law. By leaving so much up to the states, the new health law has created the conditions for a huge range of differences and disparities in how reform is implemented. The high-risk pools are temporary—they’ll last until 2014, when all insurers will be prohibited from discriminating against people with pre-existing conditions. But they’re also the first building block for the new health insurance exchanges, which will be set up in 2014—and which the states will also be asked to help create.

State officials’ reluctance to cooperate won’t just affect how the exchanges are set up. States will be on the front lines for enforcing the new insurance regulations, for instance. Their refusal to embrace major elements of the law is a sign that they’ll be a lot less willing to carry out these other responsibilities in adhering to and enforcing the vast array of new rules. This is why insurance companies lobbied so heavily against having national pools and exchanges. They knew that lack of political will would give red states the chance to drag their heels on reform.