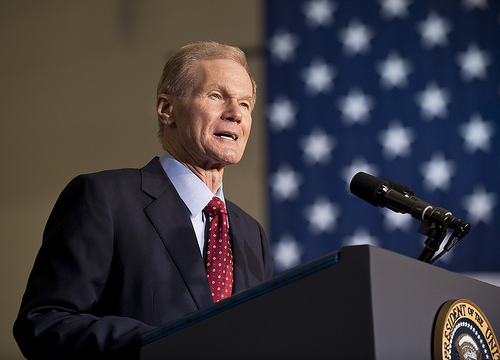 Anti-drilling Democrats pledged on Tuesday to block any climate and energy bill that would pave the way for new oil and gas drilling off the coasts of the United States, stepping up the heat on what was already a contentious issue in the Senate debate.

Nelson joined New Jersey Democrats Robert Menendez and Frank Lautenberg in a press conference on Tuesday calling for a halt to plans to expand drilling as proposed by the Obama administration, and also exploration of new regions for oil and gas development. They also called for the Senate climate and energy bill, which remains on hold amid political wrangling, to stop an expansion of drilling. What that bill may do to expand or incentivize more drilling is one of the more contentious issues among senators. Pro-drilling Democrats like Mary Landrieu have said that the incentives for drilling are crucial to getting their votes.

Menendez said Tuesday that the spill should be an impetus for the Senate to act on climate and energy, rather than an a barrier. “I would like to think that instead of hurting climate change, the spill has actually thrust into light why we in fact are demanding an end to dependence on fossil fuels, demanding an end to polluting our planet,” said Menendez.

“If anything this spill should act as a rallying cry for comprehensive climate and energy legislation,” he continued. “Instead of expanding drilling and doubling down on 19th century fuels, we should be investing in a new 21st century green economy.”