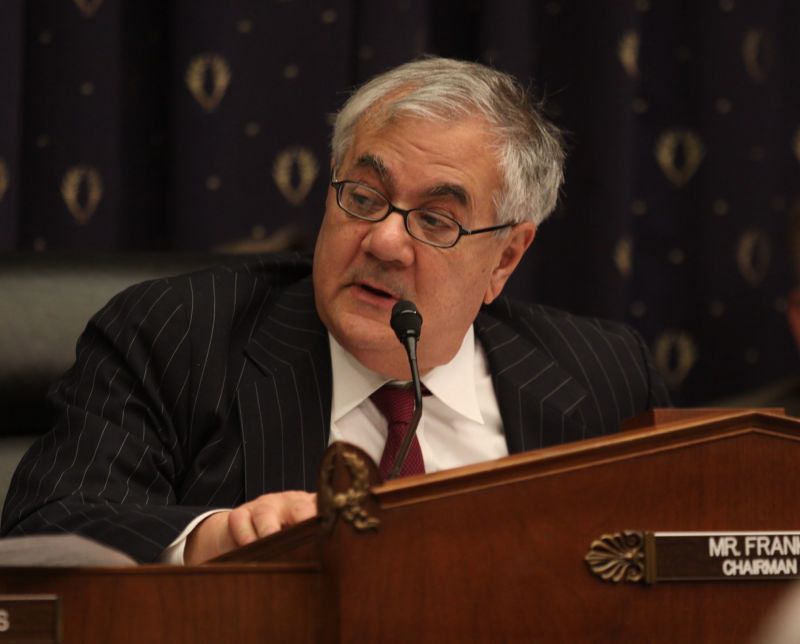 As early as this week, top members of the House and Senate will hash out a final agreement on merging the two chambers’ financial reform bills. Led by Rep. Barney Frank (D-Mass.) and Sen. Chris Dodd (D-Conn.), this “conference” process will soon produce a compromise—and, potentially, compromised—bill that seeks to prevent the kinds of abuses that brought the economy to it knees by rejiggering how Wall Street does business. But even before a conference compromise has been reached and a final bill sent to President Obama, lobbying powerhouses like the Chamber of Commerce are already plotting their attacks on the next phase of financial reform—making 1,600 pages of arcane law a reality.

Bloomberg reports that according to a Chamber analysis, the bill could require as many as 399 new rulemakings and 47 new studies, on everything from consumer protection to eliminating debit card “swipe” fees to making big banks cut off their riskiest investment outfits. Which is to say, once the bill passes, there’s going to be a whole lot of jostling and lobbying and pressure on regulators, the ones implementing the bill, to weaken new reforms and spare banks the toughest changes. Even the subtlest of regulatory tweaks could mean billions of dollars kept or lost by the country’s biggest banks. Here’s Bloomberg:

The direction from Congress in the legislation is broad: The consumer agency is to police “covered persons,” or any person offering or providing a consumer financial product or service. Some of the “covered persons” are defined in the bill, while others aren’t.

“It’s all on-the-blackboard stuff until you get to the regs,” said Wayne Abernathy, a former Treasury official who is now an executive vice president at the American Bankers Association. “That’s when it becomes real life.”

From the sounds of it, the Chamber of Commerce sees the implementation period after the bill’s passage as open season. “This is going to be a huge implementation challenge and we are already getting ready for it,” said David Hirschmann, head of the Chamber’s Center for Capital Markets Competitiveness, the leading Chamber group on financial reform.

Because the bill leaves so much to interpretation, lobbyists from every corner of the financial world will be pushing to tweak and gut its real-world application. That’s especially true given how much money big banks stand to lose when the legislation becomes reality, with estimates putting potential losses in the billions for the likes of JPMorgan Chase and Morgan Stanley. In a worst-case scenario, lobbyists and special interests convince regulators to loosen Congress’ rules and let banks off easy; in a best-case one, regulators mostly block out the Chamber and its ilk and embrace the spirit of the reform bill, writing and enforcing tough new rules on everyone from car dealers to payday lenders, and from mortgage brokers to commercial banks.

Think of the period after the bill’s passage round two in the lobbying war on financial reform. The hundreds of millions of dollars spent lobbying Congress as it created the bill was only the beginning. From the looks of it, the financial lobbying fight has quite a ways to go.