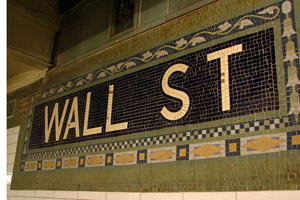 Critics of the for-profit higher education industry may stand to gain financially from mouthing off about its colleges and universities, many of which substitute a mission to educate with a fixation on shareholders and profit margins.

Government watchdog Citizens for Responsibility and Ethics in Washington (CREW) wrote to Sen. Tom Harkin (D-IA) on Wednesday requesting that he investigate the ulterior financial motives of the industry’s critics. Harkin chairs the Committee on Health, Education, Labor and Pensions.

“While the for-profit education industry certainly merits congressional scrutiny, Congress must also examine the tactics and motives of the industry’s critics,” Sloan says. “Americans need to have confidence that legislative and regulatory processes are not being manipulated for private financial gain.”

Late last week, ProPublica reported on one of these suspect critics. Johnette McConnell Early has been trying to fuel anger over for-profit trade schools that prey on vulnerable potential students. She even penned a letter to Secretary of Education Arne Duncan co-signed by 19 executives from homeless shelters and service agencies detailing her concerns. Yet Early works for an unnamed financial firm that likely stands to profit if the for-profit higher education industry tanks on the stock market.

Early claims not to know whether her firm is betting against the industry. She did admit that “an investment firm is not going to look into something unless they’re thinking about whether it’s a good or bad investment.”