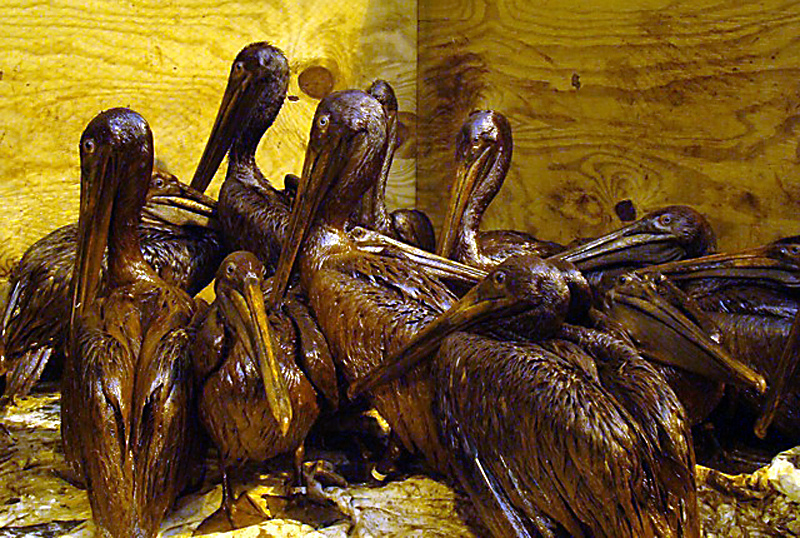 More injured and dead wildlife has been found in the 25 days since BP capped the well than when it was still spewing. According to the Times-Picayune:

The growing number of bird casualties may be at least partially a result of rescuers venturing into sensitive rookeries for the first time since the spill. Earlier, at the height of the breeding season, human rescuers might have done more harm than good. Also, many fledgling birds are just now leaving the nest and encountering a fouled world for the first time.

Alarmingly, a high number of oiled turtles are now being found feeding on seaweed drift lines, where there’s no apparent oil in the drift lines or on the open water.

Meanwhile, from an overflight of  Chandeleur Sound east of New Orleans, the National Wildlife Federation reports streams of red oil on the water surface caught in a rip line, as well as mile after mile, as far at the eye could see, of what looked like red dispersed oil just below the surface.

I have a lot more forthcoming on the insidious effects of dispersed oil—including what might be a clue to the mysterious oiled sea turtles—in a big MoJo article in the September/October issue, to be released online this week.