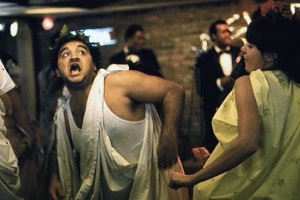 Last night, Michael Bromwich, the new director of the Interior Department’s Bureau of Ocean Energy Management, Regulation, and Enforcement (formerly known as the Minerals Management Service), circulated an email to staffers outlining new ethics policies for employees who deal with offshore drilling, an attempt to reform his run amuck division’s rep for being too cozy with oil and gas interests. Most of the new rules seem like a no-brainer, but given MMS’ history, perhaps we should be grateful they’re now on paper.

District employees must perform their duties based solely on the facts and information they collect or that are presented to them in accordance with applicable regulations, without any coercion or improper influence from any industry personnel. Pursuant to the procedures set forth below, District employees must immediately report any situation or incident where industry personnel attempt to bribe, harass, coerce or improperly pressure or influence a District employee with respect to the performance of the employee’s official duties, including the issuance of Incidents of Noncompliance (INCs) or any other action considered or taken by the employee in accordance with applicable regulations.

Under the new guidelines, BOEM staffers will be barred for two years from handling any matter involving a former employer in the industry. Employees will also have to inform their supervisors about any other potential conflicts of interest, and will be required to submit requests to be relieved of duties that might present a conflict. Staffers will also have to recuse themselves from duties that involve companies that employ a family member or friend.

The division has undergone a major overhaul since the Deepwater Horizon disaster. The head of the agency at the time, Elizabeth Birnbaum, was canned. It’s name was even changed to make a clean break from MMS’ sordid past. The Interior Secretary also split the division into separate units for regulation and revenue-collection.

Even knowing how bad it was at MMS pre-Deepwater, it’s still a bit shocking that, as the Houston Chronicle reports, this “is a first for the federal agency that regulates drilling, which previously had no formal guidelines governing such potential conflicts.” But why stop at MMS? Seems like something they might want to extend to other DOI divisions while they’re at it.