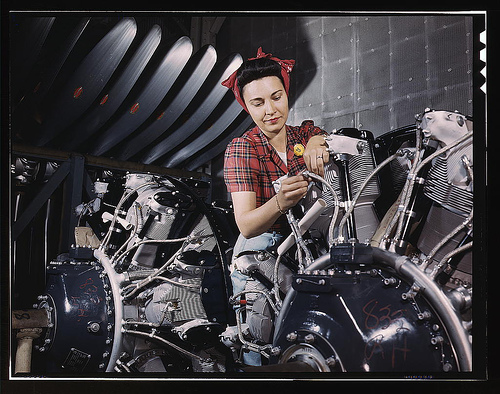 I don’t usually watch televised political debates, because I prefer to make informed voting decisions. But luckily, the feminist blog This Week in Lady News is poring over the sound bites so we don’t have to. There’s a most fascinating trend: For a bunch of ladies trying to sell themselves as the new new feminists, this batch of Republican candidates sure is quick to paint their opponents as pansy-ass girly-wusses.

TWILN aggregated and deconstructed their greatest hits: Christine O’Donnell telling Chris Coons to put his “man-pants” on; Sharron Angle telling Harry Reid to “man up”; and, of course, that mama of mama grizzlies, Sarah Palin, telling Fox News that our president lacks cojones on immigration policy…unlike that Arizona badass, Jan Brewer. (Of course, it’s not just the ladies: TWILN points out that Rand Paul pulled the “man up” card in his debate this week, too.)

Which makes sense, really. We’ve always been able to rely on the GOP to offer voters a “strict-father model” of governance, and far be it from a bunch of chicks to end all that. “The so-called ‘Year of the Woman’ might have a number of female candidates,” TWILN concludes, “but what it doesn’t have is any semblance of feminism.”