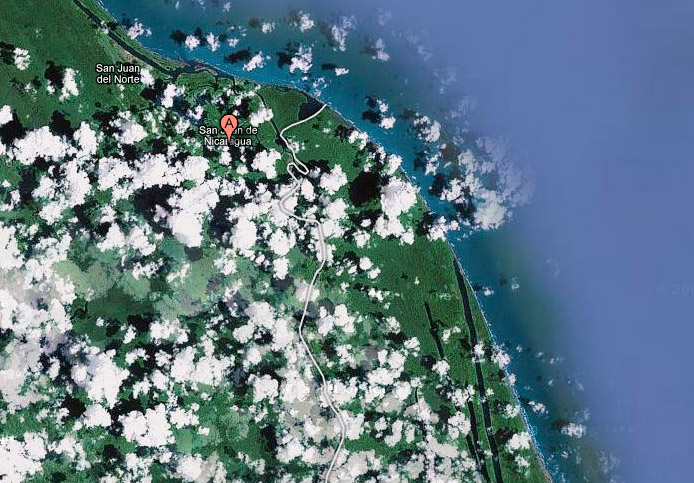 What in the name of Google is going on in Latin America? According to a bevy of viral and lightly sourced reports in US media outlets this morning, Nicaragua and Costa Rica are embroiled in a border dispute that involves soldiers, sediment, search-engine maps, and a Sandinista-turned-Contra-turned-fisherman. Apparently Edén Pastora, a Nicaraguan ex-revolutionary with a broken heart, is occupying some Costa Rican territory while literally trying to move the Rio San Juan, the river that demarcates the border between the two nations. The twist? “Excomandante” Pastora says says Google Maps gives him all the justification he needs. “See the satellite photo on Google and there you see the border,” he says. “In the last 3,000 meters the two sides [of the river] are from Nicaragua. From there to El Castillo, the border itself is the right bank, clearly.” That prompted a Costa Rican official to lodge a complaint with the Mountain View, California-based web apps company. “There is a bug in Google; we sent a note to the company to rectify the map,” he said.

Actually, it turns out this border dispute has been around for awhile and even seemed “solved” a few weeks back. The SEO-obsessed mainstream media seems not to have gotten terribly interested until somebody mentioned yon Grand Duchy of Google, which to most American editors is a bigger international player than some places in some other hemisphere who love the soccer. (Google’s revenues last year were almost 4 times greater than Nicaragua’s GDP, and a little bit less than Costa Rica’s. Seeing as how Costa Rica doesn’t have a standing army, Google’s security is probably a bit more robust, too. Good thing they’re not evil.) 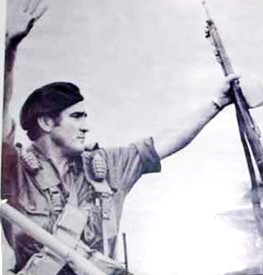 Border disorder: Eden Pastora, in happier days (for him, at least)/Wikimedia CommonsBut tucked in here amid the “weird news” headlines is a really fascinating question for the international relations theory geeks: Is Google the new United Nations? Two countries have a dispute about national sovereignty, and both stake their cases on the correctness/falseness of a map published by the daddy of the dot-coms. Google has become an arbiter not just of global culture, but global politics. Skeptical? Look at that recent China-Google dispute.

Related to this: Will other transnational corporations replace sovereign nations as the main global players? The question’s not exactly new (see also: Nike, Coca-Cola). The difference now is that, unlike United Fruit in Guatemala or ITT in Chile, we’re not talking about companies needing friendly governments or harassing unfriendly ones; we’re talking about companies becoming de facto governments, across traditional boundaries. Back in 2002, author and theorist Philip Bobbitt spilled ink across thousands of pages arguing that the evolution of capitalism and conflicts meant people would soon rely on “market states,” not “nation states,” to protect their interests.

Crazy conspiracy theory? Socialist paranoia? Perhaps. But this Google Maps skirmish shows increasingly how reliant we’ve become on corporations, even benign ones, to confer international legitimacy. If you don’t think that poses a challenge to classic international relations, I’ve got some riverfront property to sell you in Nicaragua—er, Costa Rica.