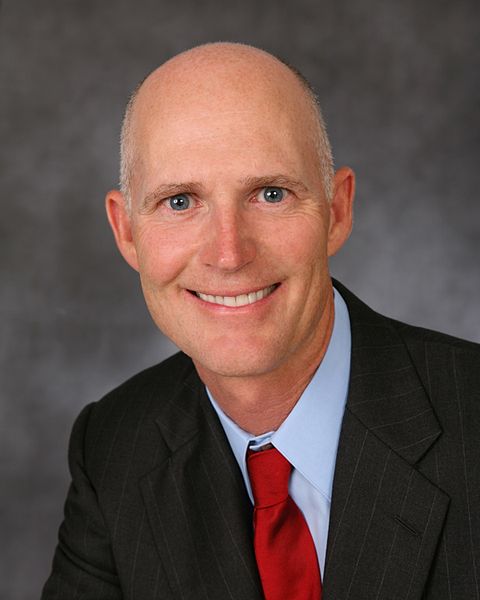 For several weeks now, since billionaire Rick Scott was inaugurated as governor of Florida, I’ve been wanting to spotlight some of the Sunshine State’s political insanity. We here at MoJo are busy putting together the next print issue, however, so you’ll have to wait just a bit longer for in-depth reporting on sketchy political appointments, criminal investigations of Republicans, misadventures in deregulation, and gruesome soft-money trails. In the meantime, though, one tipster told MoJo today of a new low in Scott’s tenure: his inability to appear marginally competent, even when bringing the hurt to state employees.

According to the source, Scott held a video conference with selected state employees today, including career law-enforcement officers. Its purpose: Scott wanted to personally inform state workers that they’d have to cut back to 13 paid holidays per year. This news was apparently met with total silence from the state employees. The reason? They currently only take nine paid holidays, a fact that’s easily discernible from the state’s own website. After the conference, state employees reportedly emailed and called each other furiously, laughing over the miscalculation: “Did he really say that? Does he really not know?”

Mind you, Mother Jones‘ source for this information—who deigned to work yesterday, a federal and Florida state holiday—is no big-government-loving pinko. “Rick Scott is such a fumbling idiot,” the source said. “He thinks he’s running the federal government!”

Perhaps that’s why he’s limited media access to government officials in an unprecedented manner, in a state that has one of the nation’s most expansive sunshine laws. Be that as it may, rest assured, dear reader, MJ will bring much, much more on the sordid state of affairs in this politically vital appendage of the union.