The head nurse at Herat Regional Hospital’s Burn Unit guesses that she’s seen at least a thousand self-immolation cases since she started working here 13 years ago. Almost all of them are young women who’ve been beaten, starved, or forced into abusive marriages they can’t leave without also abandoning their children. But not all women who douse themselves in kerosene and light a match succeed in killing themselves. Some of the survivors are featured in this slideshow, along with photos of the Herat burn unit and Afghan prosecutor Maria Bashir. Click here to read a profile of Bashir, a woman risking everything to bring Afghanistan’s abusive husbands to justice. 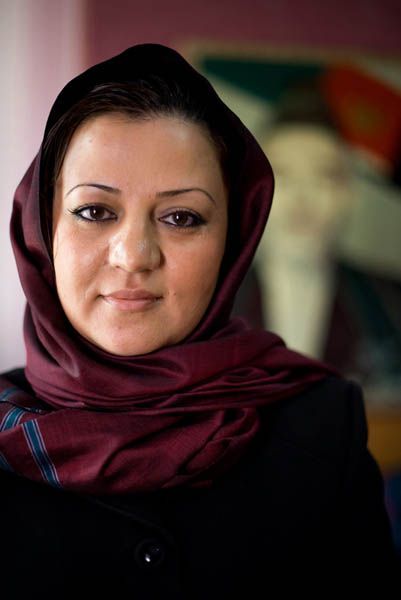 Maria Bashir, Afghanistan’s first female chief provincial prosecutor, has taken on the cause of abused women and stood up against both the Taliban and municipal corruption. In other words, she’s put her life on the line for justice. 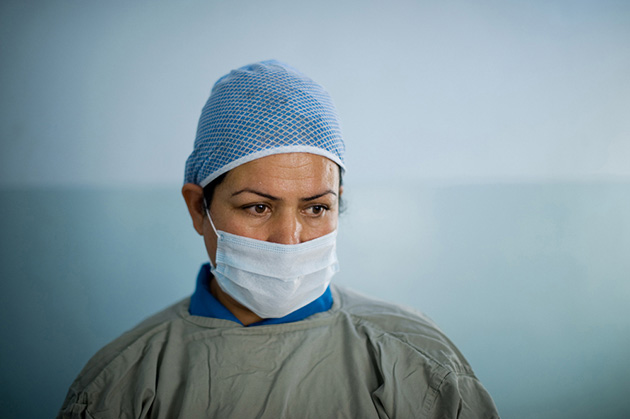 Shayma Amini, 33, is a nurse in a burn unit at Herat Regional Hospital. In the first six months of 2010 alone, the hospital treated 69 cases. The hospital staff believes the real number of cases in any given year to be much higher; many victims die before reaching the hospital, and many more refuse to admit to burning themselves.

Audio: “We can tell whether someone is a self-immolation case as soon as we see them, but the families will say they were burned in a gas fire accident or something. They usually do not tell the truth.” 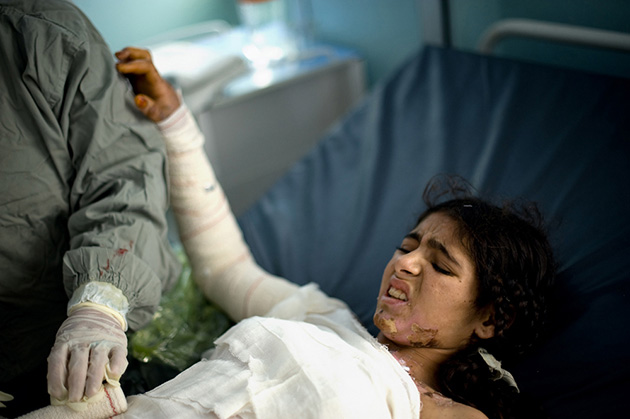 Shayma Amini, a burn unit nurse, treats Shereen, a teenager burned on 45 percent of her body. Shereen claims the burns are the result of an accident. 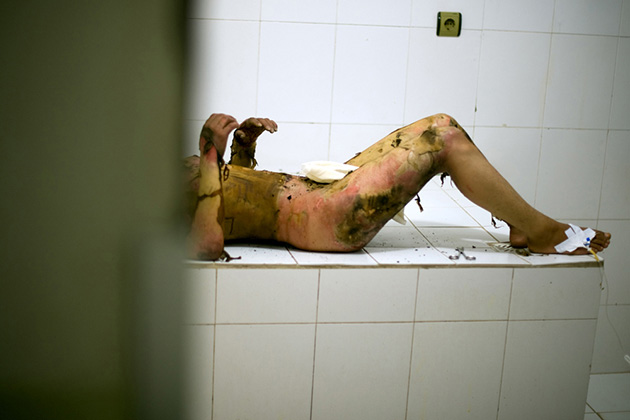 This woman set herself on fire after her father accused her of sleeping with a man out of wedlock. Burns covered 90 percent of her body. She died less than 24 hours after hospital arrival. 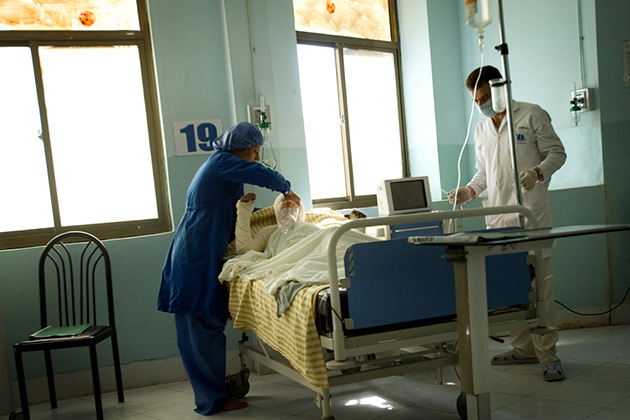 A nurse and a relative attend to a self-immolation case—a young woman who died the next day. 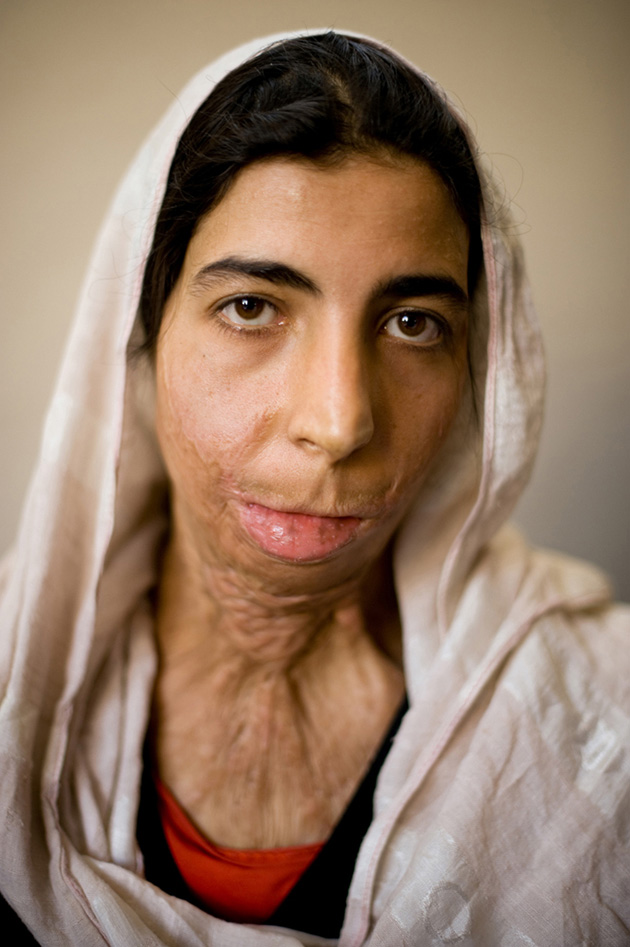 Zahra, 20, burned herself with fuel at age 15 to protest her forced marriage.

Audio: “When I burned myself, I didn’t understand what would happen to me.” 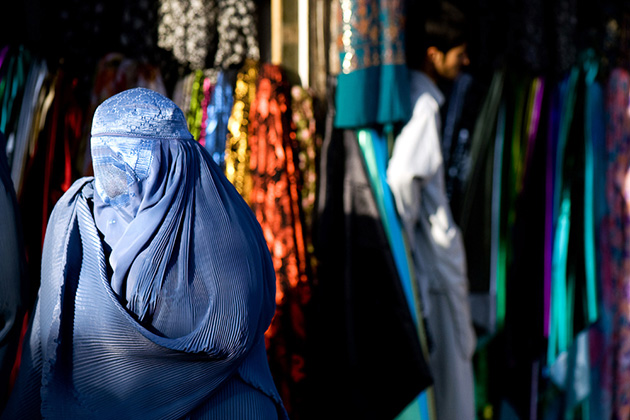 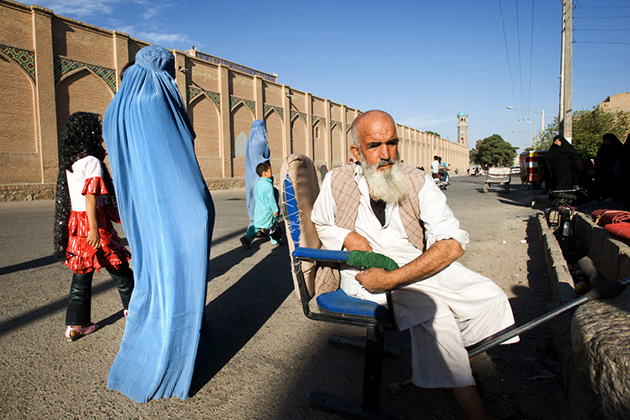 Afghan girls are allowed to wear exuberant colors and patterns. 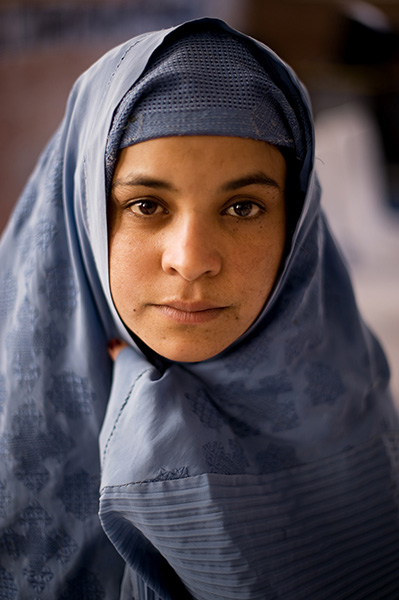 Fatima’s father froze to death tending his sheep in the desert when she was seven. Her mother died six months later in childbirth, and she and her orphaned siblings went to live with their aunt. Fatima married her aunt’s son when she was 15; he is addicted to opium.

Audio: “I would love for my husband to come one day and say, ‘I will take care of you and our son.‘ Then no one would be able to say, ‘You don’t have a husband.‘ It’s a shame in Afghanistan for a woman to live by herself.” 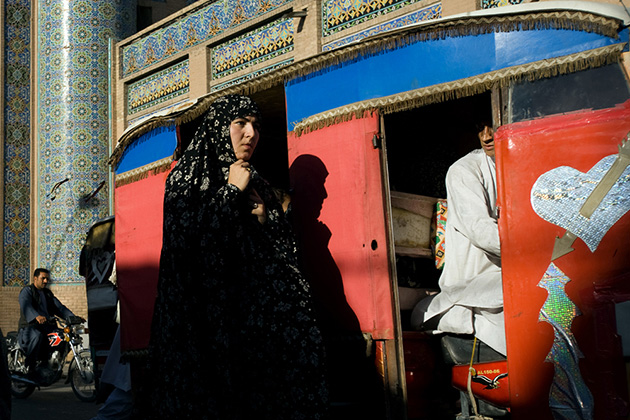 A woman walks in front of the Great Mosque in central Herat, Afghanistan. 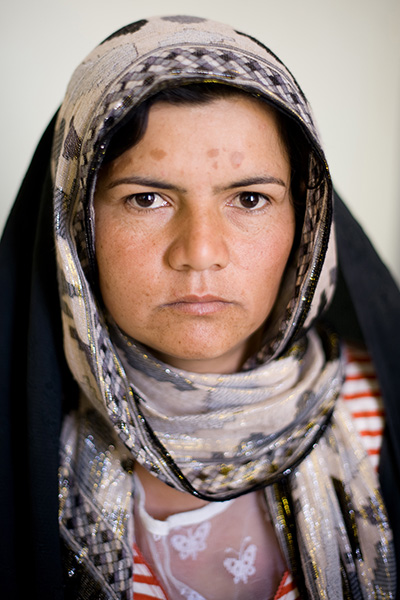 When Jan Bibi was 12, she was married to a man 15 years her senior. They have five children now. One night, when she and her husband were arguing about his opium habit, Jan Bibi poured fuel on herself and lit herself on fire. Her mother-in-law screamed “She is burning!” and her husband said, “Let her.” Jan Bibi is mostly recovered now, though she still comes in for weekly treatments to ease the pain of the scarring from her skin grafts. Her husband is still using drugs.

Audio: “When I burned myself I didn’t feel the pain. It was when I came to the hospital that I felt like my whole body was on fire. I was screaming.“ 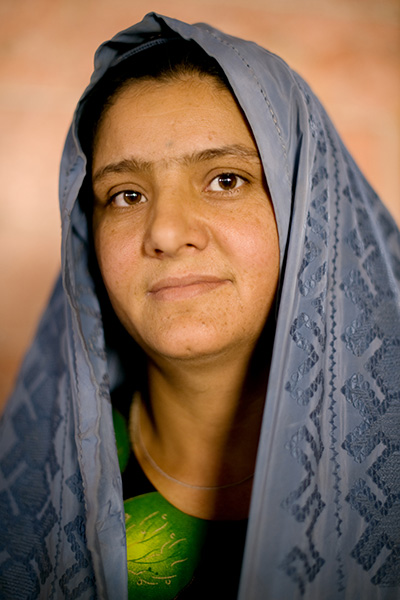 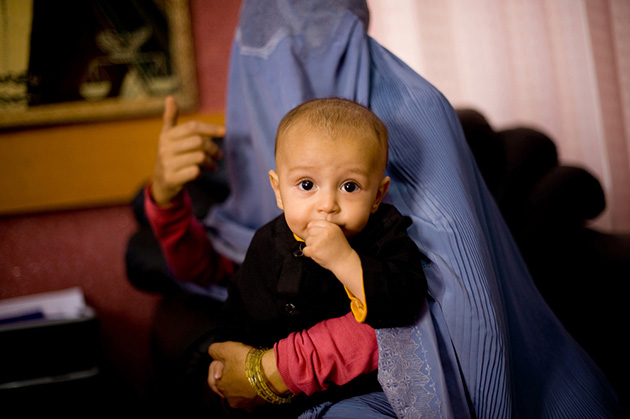 A young woman, on the run from abuse at the hands of her husband’s second wife and family, cries as she begs Maria Bashir to take up her case. “They will kill me if I go back to the district police,” she says. “Just kill me now before they do.” 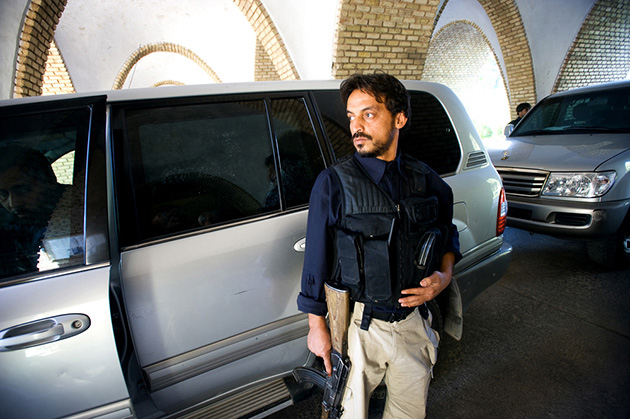 Maria Bashir’s claustrophobic, bodyguard-ruled life limits her in ways she had never imagined. She has stopped going to the bazaar alone and settled into this new life, a captive to her security. 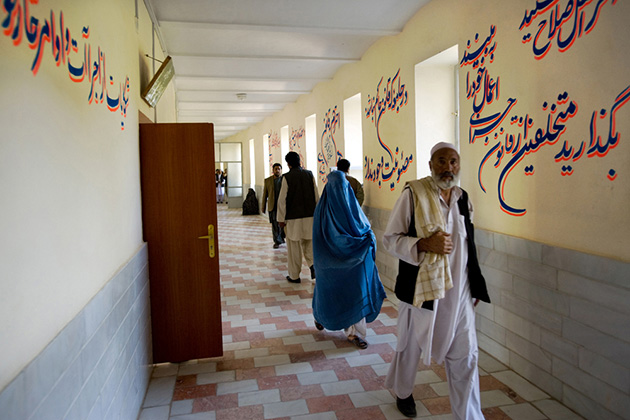 “Ignorance of the law cannot be an excuse for crime,” “Following the provisions of the law is the duty of every citizen,” and other reminders about the letter of the law are painted on the corridor outside Maria Bashir’s office. 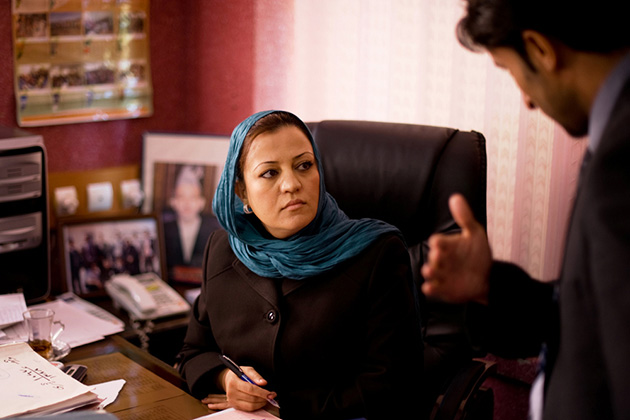 “I hope that Afghanistan will have a better future,” Maria Bashir says, “but I know it won’t come soon. It may take another generation. Or two. Maybe my daughter’s daughter will have a good life.”