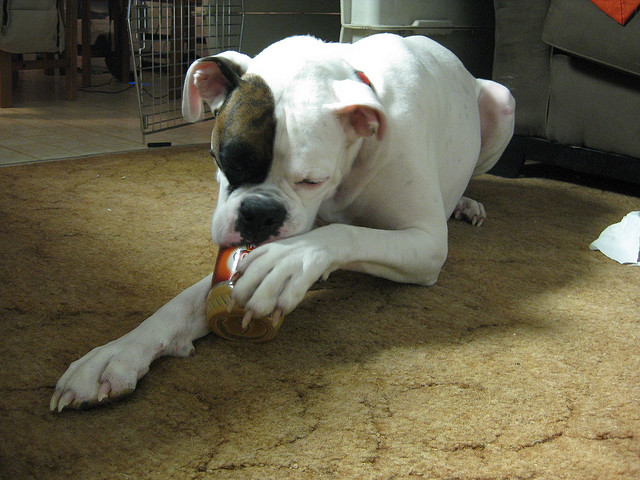 City recycling instructs you to put clean containers in the recycle bins. But I’ve become increasingly frustrated trying to get certain pet-food cans, yogurt containers, and margarine containers cleaned without using a lot of water. I feel that the water I use, the gas to heat the water, the dish soap, and the paper towels are wasting natural resources as well as costing me money. So how clean is clean enough?

This question irks me every time I throw a take-out salad container into the recycling. Will my leftover vinaigrette contaminate the whole bin? And if it does, will the recycling plant decide it’s not worth the effort to clean and simply throw it into the trash instead?

I decided to call Recology, the company that runs San Francisco’s recycling program, to ask about the fate of dirty food containers. According to Recology spokesman Robert Reed, most facilities won’t throw away a container simply because it’s dirty. And it’s not a giant deal if containers have little food residue on them (say, the yogurt your spoon couldn’t extract from the plastic cup).

But here’s the interesting part: The cleaner your containers, the more they’re worth on the recyclables market. Municipal facilities first sort recycling by type (paper, several kinds of plastic, tin, etc.), and then by quality. Workers separate clean recyclables from soiled ones, into bales. “If the bale is lower quality, there is less revenue coming back into the system from the sale of recyclables, which helps pay for the program,” says Reed. The takeaway: By providing clean recyclables, you can actually save your city (and ultimately, taxpayers) money.

Jennifer Berry, a spokeswoman for the recycling experts over at Earth 911, agrees. “It’s a consistent refrain that I hear from recyclers that the ‘cleaner’ the product, the more it’s worth and the more desirable it is.”

Soiled containers are particularly problematic in communities where plastic and paper are transported together, since paper can easily absorb oil and other residue. But dirty plastic-only streams decrease cities’ revenue, too. To wit: Frank Cvetovac is the operations manager at Epic Plastics, a manufacturer of plastic goods that buys its materials from municipal recycling facilities. One of Epic’s regular suppliers doesn’t have a very clean stream. “We offer them 25 or 30 percent less than market value, since we have to do so much work on our end to get it into usable shape,” says Cvetovac.

That said, Berry and Reed agree that you should follow your city’s guidelines on cleaning out containers, since facilities’ equipment and capacity vary widely. But in general, you don’t have to get all Lady MacBeth about it. “Remember that you don’t have to get items clean enough to store food or eat from—so you don’t necessarily have to use so much water that they are sterilized or completely grime free,” says Berry. You might consider running containers through the dishwasher if you have one. If not, use a spatula to get most of the gunk out before you chuck it in the bin.