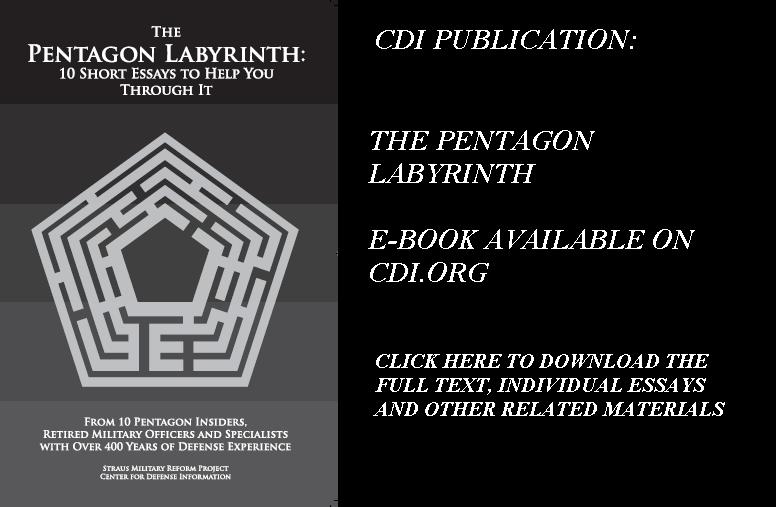 <a href="http://www.cdi.org/program/document.cfm?DocumentID=4639&from_page=../index.cfm/">Center for Defense Information</a>

Flying in the face of skeptical Democrats and Republicans, Robert Gates’ Defense Department today is expected to unveil the largest military budget proposal in United States history: $553 billion $670.6 billion for what Gates calls “the minimum level of defense spending that is necessary, given the complex and unpredictable array of security challenges.” That comes on the heels of a major overhaul, announced last Tuesday, in the military’s bedrock guidance, the “National Military Strategy.” Its gist: We face new challenges in the Middle East and Asia. (More money, please.)

Funny thing is, plenty of stuff will be missing from the Pentagon’s “bottom line”…and plenty more questions will go unanswered. That’s pretty much the norm: Pro-military politicians, defense contractors, and military brass alike tend to defend their federal dollars with patriotic rhetoric and confusing bureaucratese. The hope, it often seems, is to push journalists and laypeople into complacency on national-security spending. But Winslow Wheeler, director of the Straus Military Reform Project at the Center for Defense Information, has a democratizing antidote to this military-industrial fever: a new e-book titled The Pentagon Labyrinth: 10 Short Essays to Help You Through It. “How did the American political system maneuver itself into such a destructive straightjacket?” he writes in the preface. “This handbook is intended to provide readers—particularly students of defense, young military professionals, new Capitol Hill staff and concerned citizens—with the tools to understand the Pentagon’s contribution to this mess and what might be needed to clean it up.”

The Pentagon Labyrinth is a pretty sharp 154-page primer on the most critical areas of military culture everyone should know, from budget-setting to strategizing to careerism in the ranks. And it tackles some recent military gospel truths that most mainstream journalists have failed to highlight. For example, it is a truth universally acknowledged by Air Force generals that the service’s newest operational fighter jet, the F-22, is the greatest plane in the world. According to Wheeler, chapter nine of the handbook (“Evaluating Weapons: Sorting the Good from the Bad”) “can start the reader on an adventure that leads to a very different conclusion.”

Whether you’re a wonk-in-training or a casual WikiLeaks cable surfer, this is a very cool resource. The book, individual chapters, and supplemental sources are available for free on the websites of the CDI and the Project on Government Oversight. Readers are also encouraged to share the wealth: If you have questions about a chapter, email its author at the email address provided therein. And if you want to spread the text around, feel free. “We encourage you to circulate the handbook liberally, or even to create your own Web page for it,” Wheeler tells readers. But first things first: Read the doggone manual, citizens!