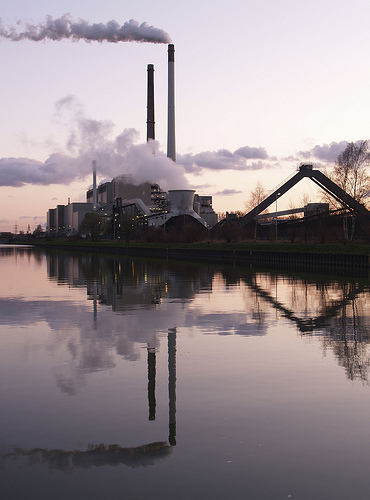 The 249-177 vote added the regulation ban to a sweeping spending bill that would fund the government through Sept. 30. The restriction is opposed by the Obama administration, which is using its regulatory powers to curb greenhouse gases after global warming legislation collapsed last year. The administration also says the ban would cost thousands of construction jobs.

It has been pretty clear for a while now that this was going to pass. It’s probably most interesting for what it says about the bigger strategy of the GOP budget. This particular inclusion isn’t about cutting spending in the least; it’s ideological, and it’s part of the wider anti-environment bent to the government funding bill (which you should know by now is called a “continuing resolution,” or “CR” in DC-speak). The CR as written includes a massive cut to the EPA’s budget, and as Jaeah Lee reported here on Thursday, Republicans have rolled out a loooong list of environmental programs they’d like to see cut. Their wish list includes defunding the White House Council on Environmental Quality entirely, stopping the EPA from regulating toxic air pollutants, and ending NASA’s climate program. The question coming out of this will be how many of these programs Senate Democrats and the administration will go to the mat for when it comes down to preventing a government shut-down.

The House will vote on more amendments to the continuing resolution tonight. It’s not yet clear when they’ll pass the full CR, however.