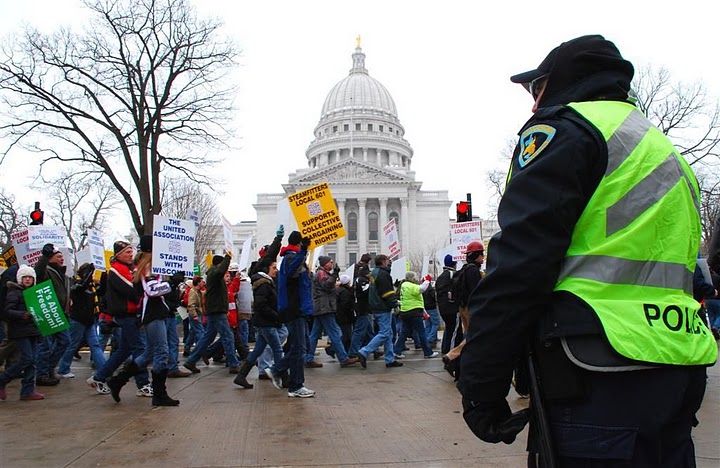 Recall frenzy is sweeping through Wisconsin, with nine state legislators, Democrats and Republicans, targeted by activists and the state political parties in the aftermath of the uprising over Governor Scott Walker’s anti-union “budget repair” bill. So far, efforts to recall GOPers are easily outpacing recall campaigns targeting Democrats, and so perhaps it comes as little surprise that Republicans were recently accused of using dirty tricks to boost their efforts.

As the Milwaukee Journal Sentinel reported, in the petition to recall Sen. Bob Wirch, one of the 14 Democratic senators who fled the state in February to block a vote on Walker’s bill, the signature and address of “Bill Pocan” appear. Here’s the problem: Bill Pocan, who happens to be the father of Democratic state Assembly member Mark Pocan, died twenty years ago.

The chairman of the campaign to recall Wirch, Dan Hunt, told the Journal Sentinel that the signature looks to be a forgery. Hunt, however, blamed the forged signature on Wisconsin Democrats, who he said were seeking to derail his efforts.

Democrats immediately waved off Hunt’s accusation. The head of the State Senate Democratic Committee said Hunt had “been caught red-handed” and “need look no further than his own organization” for someone to blame for the controversy. Mike Tate, chair of the Democratic Party of Wisconsin, said in a statement that “the Republican forgery of dead names on recall petitions represents a new low for Wisconsin. It is voter fraud at its most abhorrent and it must be investigated and explained.”

Right now, Democrats have filed petitions to recall six Republicans in the legislature, while Republicans have filed three. What’s even more impressive is that Democrats have far surpassed the number of signatures needed to trigger a recall election, even in traditionally Republican districts, which suggests that the ire of Wisconsin citizens could lead to a handful of sitting legislators getting the axe in the coming months. Meanwhile, the fate of Walker’s “repair” bill, which would slash collective bargaining rights for most public-sector unions, remains in legal limbo, its fate uncertain.