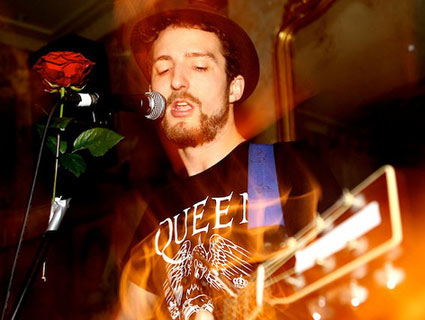 England Keep My Bones is Frank Turner’s fourth album, and I’m surprised he’s escaped my attention this long. Then again, it can take some time—even for a talented, fast-rising European artist—to catch on in the States. Turner, like the British rock icon PJ Harvey (Let England Shake), has recently turned his thoughts to his homeland. The result is an introspective-yet-accessible body of work obsessed 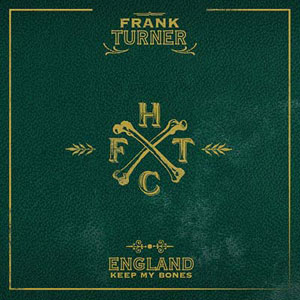 with the country’s landscape, history, and meaning as a backdrop for modern life.

Call him the love child of Billy Bragg, Bruce Springsteen, and the hard-rocker of your choosing: Turner has been kicking ass across the pond, recently vying for a “best solo artist” NME award. But who cares about all that stuff, when what you really want to know is whether his album rocks. Yes, it does. Unequivocally.

In “One Foot Before the Other,” which showcases Turner’s punk-rock past as front man for early-aughts hardcore band Million Dead, he fantasizes that his ashes get poured into the water supply and enter the bodies of seven million Londoners. “Rivers” is an ode to the country’s waterways and their connectedness with the people. In “I Am Disappeared” (parts of which strongly reminded me of Harvey’s latest) Turner sings “We are blood cells alive in the beating heart of the country.” Then there’s “England’s Curse,” his a cappella recounting of King William’s dark deeds.

The Billy Bragg comparison is apt so far as it goes, particularly in folk-laden numbers like “If I Ever Stray,” “Wessex Boy,” and the hopeful “I Still Believe,” but Turner pushes the envelope rather harder on the rock-and-roll front. He had me hooked from the very first track, “Eulogy,” a short, simple, heartfelt anthem that, beyond hinting at the populist vibe and dynamic range of what’s to come, made me thirsty for a pint. In short, this is music you want to share with old friends—music to drink to, think to, and feel to.

I’ll leave you with the video for “I Still Believe.”