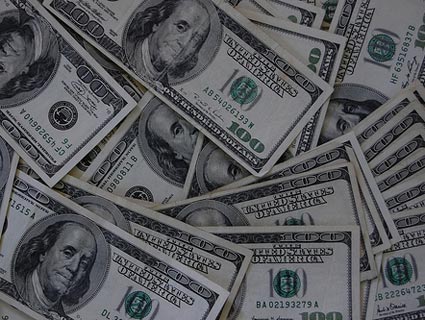 In theory, America’s mega rich could pay off all of America’s student debt, halve global poverty and hunger by 2015, and replace 70% of money lost in the 2008 recession. Bevy of problems solved, right? Not quite. A study released this week sheds light on why a billionaire bailout isn’t very likely. Titled “Social Class as Culture: The Convergence of Resource and Rank in the Social Realm,” the report, published in Current Directions in Psychological Science, concludes that individuals from rich backgrounds are, to put it simply, more selfish.

In one test, for example, Keltner and his team focused on vagus nerve activation. The vagus nerve is tied to feelings of caretaking and compassion; the more active your vagus nerve, the better you are—physiologically speaking—at feeling these emotions. In recent tests, Keltner found that individuals from lower-class backgrounds had more reactive vagus nerves. So, when confronted with something deserving of empathy—a sad image, a human in pain—they were likely to feel for them more intensely.

Other theories on the blights of wealth abound. There’s “Affluenza,” a newly-coined term describing the idea that the more wealth you vy for and attain, the more chronically dissatisfied you become. The Millionaire Next Door, along with other personal finance guides, explores prosperity’s practical challenges—estate planning and investing large sums, for example. Thayer Cheatham Willis, a wealth counselor, ponders the notion of plenty-induced aimlessness; when you’ve got it all, what do you do next?

Some experts think the link between wealth and loss of empathy isn’t quite as clearcut as Keltner claims. “The research regarding income and helping behaviors has always been [a] little bit mixed,” Meredith McGinley, a psychology professor at Chatham University, told MSNBC. Others question Keltner’s methods in conducting his research. UC Berkeley Professor Mitch Hoffman opposes his findings altogether, claiming that altruism actually increases with income. He looked at data on Gentile families who hid Jews during the Holocaust and found that—even after controlling for “ease-of-rescue” variables (extra rooms in a home, money to feed extra mouths)—rich people were more likely to be rescuers. I’d add that some of the nation’s wealthiest, people like Bill Gates, Warren Buffett, and Oprah Winfrey, donate chunks of their fortunes to causes like global health and education.

Wherever you fall on Keltner and his crew’s research, it does admittedly lend credence to the stereotype of the wealthy as self-interested and greedy. But given the lack of consensus among researchers on the issue, it’s impossible to safely assume that a hefty bankroll makes someone an immediate Scrooge.