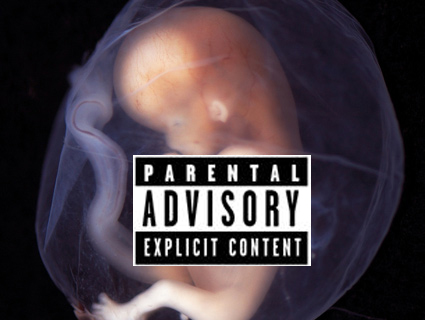 David Lewis will not be the next congressman from Ohio’s 8th District. But for Lewis, an unemployed former IT technician who is challenging House Speaker John Boehner (R-Ohio) in next year’s Republican primary, winning isn’t the objective.

By running for federal office, Lewis can compel local television stations to run grisly anti-abortion ads that would otherwise never stand a chance of making it on the air. Emphasis on grisly: Lewis’ ads feature what purport to be dismembered fetuses, tied together in neat little bundles, or simply mangled beyond recognition. “The FCC says that 45 days out from a primary and 60 days out from a general election, we can run ads on a television station with FCC licenses—unedited, uncensored, they can’t deny it as long as we buy the spot,” he explains.

Lewis isn’t alone. He is one of a handful of anti-abortion activists who have been recruited by Randall Terry, founder of the anti-abortion group Society for Truth and Justice, to run for office in metropolitan areas across the country. Together, they aim to exploit a Federal Communications Commission loophole and saturate major media markets with graphic anti-abortion images. What the ads lack in production values, they more than make up for in shock value. As he explained in an interview with Catholic Online last November, Terry, who is himself running for president as a Democrat, explained: “By running campaign ads in the top 25 media markets, we can reach one-third of the nation with a message about the truth and horror of abortion.”

Terry’s strategy was made possible by the pioneering campaigns of two National Right to Life Committee-backed congressional candidates, Michael Bailey of Indiana and Daniel Becker of Georgia, who, during the early 1990s, ran as Republicans in heavily Democratic districts.

Bailey, who won his Republican primary in 1992, gained national attention by airing 700 graphic anti-abortion ads on local television stations that year, mostly during the morning and daytime hours. Broadcasters, inundated with viewer complaints, appealed to the FCC, arguing that they should be allowed to channel the spots into late-night time slots, under the so-called “safe harbor” rule. The FCC agreed, at least initially, ruling that broadcasters needed to only devote one hour of prime time for ads they considered “in good faith” to be indecent. This effectively allowed broadcasters to run ads like Bailey’s after 10 p.m.

Bailey was indignant. Warning that television stations had become the “newly formed fourth branch of the American government,” he filed his own complaint with the FCC. “[B]ecause our ads were kept off the air before 8 p.m.,” he wrote in a letter outlining his case, “hundreds of unborn babies whose mothers might have seen the truth and made the decision to keep them, were aborted in the weeks that followed.”

Becker, running for a House seat in Georgia that same year, had his ads likewise blocked from appearing during daylight hours. Gillett Communications, which owned one of the stations Bailey had purchased spots on, argued that the images of fetuses constituted “menstrual gore” and therefore qualified as “excretory.” Like Bailey, Becker lodged a complaint with the FCC.

The cases posed a fundamental conflict for the FCC. Essentially, the commission can revoke the broadcasting license of any station that airs indecent material, but it can also revoke the licenses of stations that censor candidate speech. In 1996, responding to the Becker and Bailey cases, the DC Circuit Court of Appeals overruled the FCC’s compromise, ruling that access to the airwaves for political candidates trumps the obligation to hide indecency.

“We did SNL, we did Oprah, we did everything you could imagine,” Smith says. “It was fantastic.”

The FCC’s indecency loophole went unutilized until 2010, when Missy Reilly Smith, one of Terry’s former employees at the Society for Truth and Justice, challenged longtime Democratic Delegate Eleanor Holmes Norton in Washington, DC. Smith’s campaign consisted entirely of running graphic anti-abortion ads. “It was kind of a prototype,” Smith says. “I did it specifically to show that abortion is murder.”

“We were targeting black audiences,” Smith adds. “For instance: Everybody Hates Chris. We knew at 3:30 in the afternoon, that you know, most black kids are gonna go home and flip on that show because it’s a black show—the people who are in it are black. So they’re gonna watch that. We did SNL, we did Oprah, we did everything you could imagine. It was fantastic.”

For her efforts, Smith says, she received “thousands and thousands of death threats”—and 6 percent of the vote. She hasn’t decided whether she’ll run again in 2012. But Terry viewed the operation as a resounding success and almost immediately set to work trying to take Smith’s campaign national.

Along with Lewis, Terry has recruited at least two more activists to run for House seats. Angela Michaels announced in July that she was running for Congress in Illinois as a Democrat. According to KMOX St. Louis, after retiring as a nurse Michaels has spent her free time driving around Granite City, Illinois, in a van, offering free ultrasounds. She and her husband have also made a habit of photographing women who enter Planned Parenthood clinics and then posting the photos online (an act her husband defended thusly: “It’s public record. It’s like if somebody’s going into a grocery store. If they don’t want to get their picture taken, then they shouldn’t get an abortion.”).

Gary Boisclair, who is challenging Rep. Keith Ellison (D-Minn.) in next summer’s primary, is another Terry recruit. He recently had his first advertisement taken down by YouTube. That spot bucked the trend slightly, attacking Ellison’s Muslim faith instead of his pro-choice views. As images of heaped corpses flashed across the screen, Boisclair intoned that Muslims believe Christians “should have their hands and feed cut off, and that they should be crucified.” But while YouTube, a private company, can censor spots it finds indecent or defamatory, broadcast stations don’t have that luxury. Boisclair has said he’ll begin running his anti-Islam and anti-abortion ads when the 45-day window opens and “once my coffers get filled.”

Terry, for his part, is running his own ads in Iowa, but because he’s not yet within the FCC’s grace period, his spots are comparatively tame. He’s also hoping to air a graphic ad during next February’s Super Bowl, although those slots are considerably harder to come by. At his campaign website, he’s posted considerably more graphic ads that he plans to run, if he can get the funding, during primary season.

As for Ohio’s David Lewis, he says his campaign is carrying on exactly as planned. “Starting January I can start running ads,” he says. “And once I get that momentum, literally hundreds of thousands of people are gonna see my ads.”