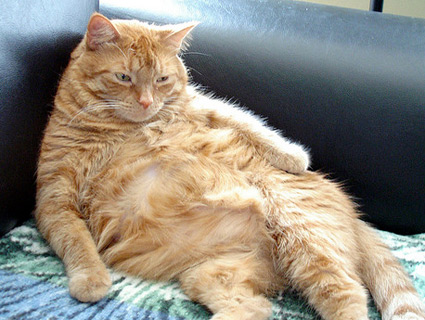 Jamie Dimon, the highest-paid chief executive officer among the heads of the six biggest U.S. banks, turned a question at an investors’ conference in New York this month into an occasion to defend wealth.

“Acting like everyone who’s been successful is bad and because you’re rich you’re bad, I don’t understand it,” the JPMorgan Chase & Co. (JPM) CEO told an audience member who asked about hostility toward bankers. “Sometimes there’s a bad apple, yet we denigrate the whole.”

If successful businesspeople don’t go public to share their stories and talk about their troubles, “they deserve what they’re going to get,” said Marcus, 82, a founding member of Job Creators Alliance, a Dallas-based nonprofit that develops talking points and op-ed pieces aimed at “shaping the national agenda…”

Several irate members of the Job Creators Alliance were interviewed for this piece and discussed how upset they are about Dodd-Frank, OWS agitators, and populist rhetoric coming from the left. “Instead of an attack on the 1 percent, let’s call it an attack on the very productive,” John A. Allison IV, a director of BB&T Corp. (BBT) and a professor at Wake Forest University’s business school, told Bloomberg. “This attack is destructive.”

The fact that hedge fund managers and politically active gazillionaires are trying to organize a forceful push-back against Occupy Wall Street isn’t all that surprising; what is somewhat surprising is how little Max Abelson, the author of the Bloomberg story, bothers to hide his disdain for his interview subjects. Virtually every dickish quote from a corporate counter-protester is undermined by the clause or sentence immediately following it. Read how the piece doubles as a crash course in unintentional lulz:

“If I hear a politician use the term ‘paying your fair share‘ one more time, I’m going to vomit,” said Golisano, who turned 70 last month, celebrating the birthday with girlfriend Monica Seles, the former tennis star who won nine Grand Slam singles titles.

Ken Langone, 76, [a] Home Depot co-founder and chairman of the NYU Langone Medical Center, said he isn’t embarrassed by his success.

“I am a fat cat, I’m not ashamed,” he said last week in a telephone interview from a dressing room in his Upper East Side home. “If you mean by fat cat that I’ve succeeded, yeah, then I’m a fat cat. I stand guilty of being a fat cat.”

Peter Schiff, CEO of Westport, Connecticut-based broker- dealer Euro Pacific Capital Inc., is delivering the message directly. He went in October to Zuccotti Park in lower Manhattan, where Occupy Wall Street protesters had camped out, with a sign that said “I Am the 1%” and a video camera.

“Somebody needs to do it,” Schiff said in an interview. Schiff, 48, disclosed assets of at least $64.7 million before losing the 2010 Republican primary for a Connecticut U.S. Senate seat, according to filings. He’s wealthier now, even though his taxes are “more than a medieval lord would have taken from a serf,” he said.  A clip from Schiff’s video was used in a Nov. 1 segment of Comedy Central’s “The Daily Show,” in which comedian John Hodgman, wearing a cravat, called the wealthy a “persecuted minority.” He asked that the phrase “moneyed Americans” replace “the 1 percent.”

It keeps getting worse.

Capitalists “are not the scourge that they are too often made out to be” and the wealthy aren’t “a monolithic, selfish and unfeeling lot,” [Leon Cooperman, former CEO of Goldman Sachs Group Inc.’s money-management unit,] wrote [in a letter addressed to President Obama]. They make products that “fill store shelves at Christmas” and provide health care to millions.

Cooperman, 68, said in an interview that he can’t walk through the dining room of St. Andrews Country Club in Boca Raton, Florida, without being thanked for speaking up. At least four people expressed their gratitude on Dec. 5 while he was eating an egg-white omelet, he said.

To be fair, the Job Creators Alliance members are shown occassionally making valid points. For instance, the “few bad apples” argument really is worth acknowledging, for the same reason that a few America-denigrating ruffians at an Occupy gathering don’t automatically discredit the protest movement as a whole. I am, however, still having trouble putting my finger on what exactly the Alliance members’ quotes remind me of. A collective throwback to Gordon Gekko? Charlie Sheen, post-Alex Jones interview? Have their lives devolved into one gigantic, overregulated episode of Ice Loves Coco? Or maybe they’re just quoting Total Frat Move:

Yep, that‘s the one.