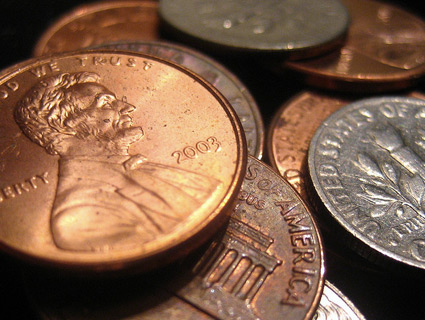 When Mitt Romney bowed to political pressure and released his 2010 tax return, it showed, to no one’s great surprise, that the Romneys are rich. Really, really rich. They reported income of more than $21 million, itemized deductions of over $4.5 million, and a total tax bill of just over $3 million. They made charitable contributions of almost $3 million, although more than half of that went to their church.

But what really stood out in the tax return—beyond the presidential candidate’s 13.9 percent tax rate—is not that Mitt makes a lot of money, it’s that he has a lot of money. Romney’s finances are illustrative of the growing gulf between haves and have-nots. It’s not about income equality; it’s about the widening wealth gap.

In recent years, the fortunes of the Romneys and others in their cohort have continued to grow, notably diverging from the majority of Americans still struggling to deal with a slow economic recovery. The Occupy Wall Street protesters stole the media spotlight this past fall by creatively highlighting these discrepancies. President Obama has taken notice and, as reflected in his State of the Union address, is teeing up inequality as a major campaign theme for the fall. But it is not enough to highlight the gap between incomes of the top 1 percent and the bottom 99. What’s more alarming—and consequential over the long haul—is the growing concentration of wealth.

Recent estimates indicate that the while the top 1 percent earn 21 percent of the nation’s income, they possess 36 percent of total wealth. This is especially troubling because while income dictates how well you’re doing today, it is access to wealth (the stock of resources) that creates opportunities down the line. Wealth is the bundle of assets, investments, and savings that can be tapped at will and strategically deployed. Or it can be used to generate passive income, as it does for the likes of Warren Buffett and Mitt Romney. There certainly is an issue of fairness to consider. As long as we tax capital gains and dividends well below the tax rate on earnings gained through work, the rich will have much lower marginal tax rates than the rest of us.

Minority families now own a nickel for every dollar of their white counterparts.

There’s an additional problem. When wealth is concentrated at the top, there are fewer resources available for everybody else to deploy. And in the aftermath of the Great Recession, we should recognize that the dynamics of inequality have fundamentally shifted.

What’s the primary cause of our current and growing wealth gap? Home values, the largest item on most families’ balance sheet, remain depressed, while stock prices, the largest item on the balance sheet for those at the top, have rebounded. In short, Wall Street has recovered, Main Street has not. Consequently, in the last three years, the concentration of wealth has occurred at the expense of those in the middle. Economist Sylvia Allegretto estimates that the top 1 percent of households by wealth had a net worth 225 times greater than the median household in 2009. This is the highest ratio of wealth inequality on record and an increase of 24 percent since 2007. Without drastic changes in the market or in policy, the divergence between housing values and securities prices will be the main driver of wealth inequality for the foreseeable future.

One of the most dispiriting trends is a quickly expanding racial wealth gap. Prior to the recession, the average African American and nonwhite Hispanic families owned 10 percent of the wealth of the average white families. But the recession has hit hard. Not only do minority families have larger shares of their assets held as housing equity, they are also more likely to live in communities hard hit by foreclosures and housing price drops. New findings from Pew Charitable Trusts estimate that this figure has been cut in half: Minority families now own a nickel for every dollar of their white counterparts.

Low wealth holdings have been linked to poor health and educational outcomes, which undermine economic mobility as well as national economic growth. Without policy efforts to get working families out from the overhang of debt and empower them to save and invest, wealth inequality will persist and undercut opportunities for families to move up the economic ladder.

The first step in changing this trajectory is to help families rebuild their balance sheets wrecked by the recession. This will require a large-scale effort to modify loans of families with underwater mortgages. This means reducing the principal owed and not just lowering the interest rate or extending the term. Currently, consumers behind on their credit obligations may file for bankruptcy to protect some of their assets, but primary mortgages are exempted. Bankruptcy laws should be changed to allow judges to lower the principal and interest rate on outstanding mortgages.

Another way to ensure families have greater opportunities to save and build wealth is to let Richard Cordray and the new Consumer Financial Protection Bureau do their job. The mandate of this new agency is to make sure families have access to high-quality and low-cost financial products, rather than ones that rip them off. It would also be a good idea to support widespread financial education programs in high schools and in the workplace. To fund these efforts, we can raise the tax rate of capital gains to bring it more in line with income, lessening the advantages conferred on those that have already accumulated wealth.

The OWS demonstrators have performed a valuable public service. They have initiated a conversation about how the distribution of wealth, income, and power correspond to our common values. Fundamentally, radical wealth inequality is incompatible with a meritocracy and undercuts our national creed that everyone has the opportunity to succeed. In response, we should design policy interventions that minimize household debts and democratize savings and investment opportunities. This is not the politics of envy. Few are asking Romney to apologize for his success (although some may be asking where their jobs went). But if America is to be a country where success is not determined by circumstances of race, class, or birth, he should have to pay his fair share.