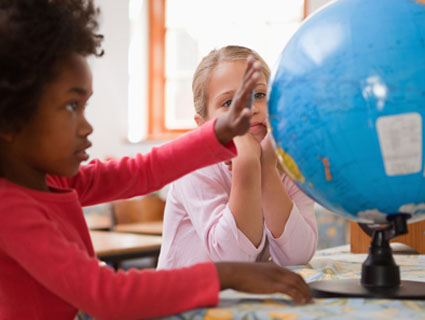 Karen Carter Peterson, a state senator in Louisiana, wants to make sure evolution is taught in science classes. Last week, Peterson introduced a bill that would repeal a four-year-old state law that encourages teachers to critique science such as evolution and global warming. The repeal effort, the second one in the state in the last year, represents the latest in a broader pushback against anti-evolution laws passed since 2008.

Louisiana’s Science Education Act, passed in 2008, was the first of its kind to be approved in a state legislature. It claims to promote “critical thinking skills, logical analysis, and open and objective discussion of scientific theories being studied including evolution, the origins of life, global warming, and human cloning.” Attempts to pass similar legislation, which are often called “Academic Freedom” bills, have failed in a number of other states including Iowa, Florida, Oklahoma, and New Hampshire. My colleagues James West and Tim McDonnell have reported on parents’ and teachers’ efforts to push back against climate-change deniers in the classroom in Vermont, Washington, and Connecticut.

The similarity of the anti-evolution bills might be explained by the intelligent-design promoting Discovery Institute‘s publication of model language for such legislation at academicfreedompetition.com in 2007. The laws also echo GOP presidential candidate Rick Santorum’s failed amendment to the 2001 No Child Left Behind Act, which stated:

It is the sense of the Senate that (1) good science education should prepare students to distinguish the data or testable theories of science from philosophical or religious claims that are made in the name of science; and (2) where biological evolution is taught, the curriculum should help students to understand why the subject generates so much continuing controversy, and should prepare the students to be informed participants in public discussions regarding the subject.

The Louisiana Science Education Act would similarly hardwire into science curricula a sense of the “continuing controversy” around the theory of evolution. Scientists, meanwhile, are fighting to repeal the Louisiana law and take states to task for their science teaching standards. In a January report looking at how evolution is taught across the country, the Thomas Fordham Institute found that while “Louisiana’s science standards are reasonably challenging and comprehensive,” its science classrooms “are haunted by anti-science influences that threaten biology education in the state.”

A number of Nobel laureates agree. In a letter sent to the Louisiana State Legislature last year, scientists like Sir Richard Roberts and chemist Sir Harry Kroto argued that “Louisiana’s students deserve to be taught proper science rather than religion presented as science.” Some 75 scientists have endorsed the letter, which states that, “Science offers testable, and therefore falsifiable, explanations for natural phenomena. Because it requires supernatural explanations of natural phenomena, creationism does not meet these standards.”