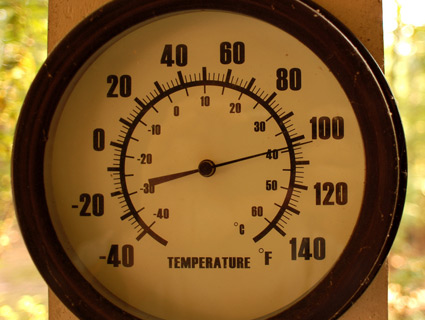 Even small changes in summer temperatures—as little as 1.8°F (1°C) higher than usual—can be deadly to people over age 65 with chronic health problems like diabetes, heart failure, and chronic lung disease, as well as to those who’ve survived prior heart attacks.

Other studies have focused on the short-term lethal effects of heat waves. But new research from the Harvard School of Public Health suggests that small changes in temperature patterns over the long run shorten life expectancy and could result in thousands of additional deaths per year.

Scientists now predict that climate change will not only increase overall world temperatures but will also increase summer temperature variability—particularly in mid-latitude regions like the mid-Atlantic US and in parts of France, Spain, and Italy. More volatile temperature swings could pose a major public health problem, the authors note in their paper in PNAS.

Based on these increases in mortality risk, the researchers estimate that greater summer temperature variability in the US could result in more than 10,000 added deaths per year.

I wrote earlier about the many ways climate change is disproportionately more deadly to women than men.