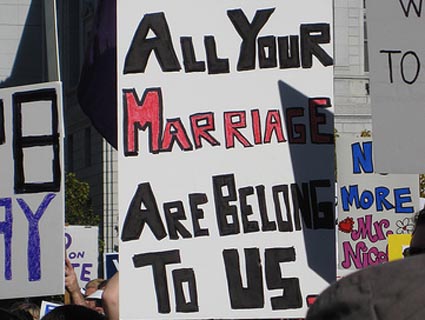 Marriage equality opponents were overjoyed by a study released in June that purported to show that the children of same-sex parents end up worse off than those of straight parents.

Anti-gay rights conservatives claimed the study, which was funded by anti-gay rights groups and conducted by Mark Regnerus, an associate professor of sociology at the University of Texas-Austin, offered scientific backing for their argument that the government has a valid non-religious reason to prevent gays and lesbians from getting married. But Darren E. Sherkat, the Southern Illinois University at Carbondale sociology professor who audited the study on behalf of the academic journal Social Science Research, has bad news for marriage equality foes: The UT study is “bullshit.” From the Chronicle of Higher Education:

The peer-review process failed to identify significant, disqualifying problems with a controversial and widely publicized study that seemed to raise doubts about the parenting abilities of gay couples, according to an internal audit scheduled to appear in the November issue of the journal, Social Science Research, that published the study.

The highly critical audit, a draft of which was provided to The Chronicle by the journal’s editor, also cites conflicts of interest among the reviewers, and states that “scholars who should have known better failed to recuse themselves from the review process.”

Among the significant problems cited in the Chronicle: “[O]nly two respondents lived with a lesbian couple for their entire childhoods, and most did not live with lesbian or gay parents for long periods, if at all.” This flimsy methodology was the basis on which Regnerus concluded, defying decades of social science to the contrary, that being gay or lesbian makes you a worse parent.

The UT study was never going to be a silver bullet anyway, since it would not be constitutional to say, ban marriage among poor people just because a study showed that they turned out less successful than the children of rich parents. But opponents of marriage equality who were hoping this study might provide a stong, non-religious argument against same-sex marriage ought to realize it doesn’t.