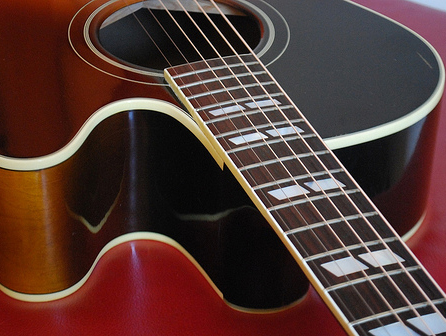 In August 2011, the US Fish and Wildlife Service confiscated hundreds of thousands of dollars worth of wood from guitar giant Gibson’s Tennessee locations, the second raid in two years. The incident blew up into a big brouhaha over federal regulations and enforcement: Gibson claimed no wrong-doing in regard to wood from both Madagascar and India, and the company and its right-wing allies flipped out, painting the incident as Big Government coming to take away “your right to rock.” Now, nearly a year later, the government and Gibson have reached a settlement.

Under the settlement, Gibson agreed to pay a $300,000 fine for the ebony from Madagascar that was taken in the first raid. The company also agreed to make a $50,000 donation to the National Fish and Wildlife Foundation to promote conservation work and forfeited the seized illegal wood, which was valued at $261,844.

The company also acknowledged its violations. Sort of. In a statement, CEO Henry Juszkiewicz said that the company “felt compelled to settle as the costs of proving our case at trial would have cost millions of dollars and taken a very long time to resolve.” The agreement allows Gibson to keep the rosewood and ebony from India that was taken in the second raid and continue importing from India. Juszkiewicz also didn’t drop his claims that his company was “inappropriately targeted” in the raids and that the matter “could have been addressed with a simple contact” from a “caring human being representing the government.” Gibson published all the settlement documents on on its website.

In exchange, the Department of Justice dropped its criminal investigation into Gibson. In its release, the DOJ notes that Madagascar is a country that has a major problem with illegal logging, and that its ebony is particularly threatened, which prompted the government to ban the export of unfinished ebony products in 2006. Importing those products would be considered illegal both under Malagasy law and under the Lacey Act, the 2008 US law that requires US importers to follow applicable domestic laws in purchasing wood products. In announcing the agreement, the DOJ released some additional information about the case, none of which makes Gibson look very good:

In 2008, an employee of Gibson participated in a trip to Madagascar, sponsored by a non-profit organization. Participants on the trip, including the Gibson employee, were told that a law passed in 2006 in Madagascar banned the harvest of ebony and the export of any ebony products that were not in finished form. They were further told by trip organizers that instrument parts, such as fingerboard blanks, would be considered unfinished and therefore illegal to export under the 2006 law. Participants also visited the facility of the exporter in Madagascar, from which Gibson’s supplier sourced its Madagascar ebony, and were informed that the wood at the facility was under seizure at that time and could not be moved.

After the Gibson employee returned from Madagascar with this information, he conveyed the information to superiors and others at Gibson. The information received by the Gibson employee during the June 2008 trip, and sent to company management by the employee and others following the June 2008 trip, was not further investigated or acted upon prior to Gibson continuing to place orders with its supplier. Gibson received four shipments of Madagascar ebony fingerboard blanks from its supplier between October 2008 and September 2009.