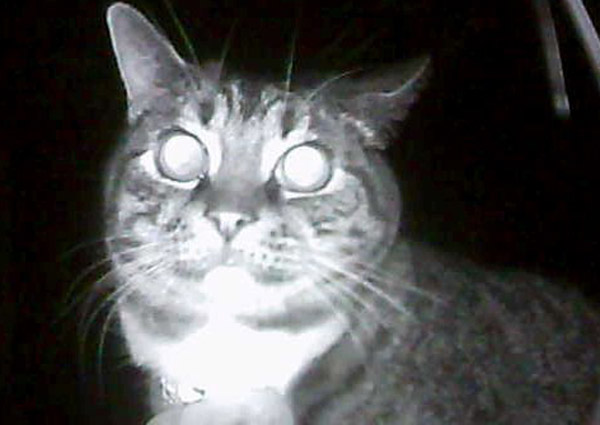 A new study from the University of Georgia affirms your deepest, darkest suspicion, America: Your little kitty witty cat may be out for blood behind your back.

Are cats bad for the environment? Click here to find out the answer.

University researchers outfitted 60 pet kitties in Athens, Ga. with three-ounce video cameras provided by National Geographic to figure out what the heck cats do all day when they’re turned loose into the suburban wild. Between November 2010 and October 2011, the “Kitty Cams” captured more than 2,000 hours of life in the seedy underbelly of neighborhood fauna, revealing that Princess Fluffywuffykins and her fuzzied ilk are likely killing a lot more critters than the precious gifts they leave for you and your dustpan on the doorstep.

About 30 percent of the sampled cats were successful hunters and killed, on average, two animals a week. Almost half of their spoils were abandoned at the scene of the crime. Extrapolating from the data to include the millions of feral cats brutalizing native wildlife across the country, the American Bird Conservancy estimates that kitties are killing more than 4 billion animals annually. And that number’s based on a conservative weekly kill rate, said Robert Johns, a spokesman for the conservancy.

She hadn’t ripped the bird apart yet, but it was clear that the bird was in great distress and it was very upsetting.”

The kill footage, Loyd noted, is “pretty horrible to watch,” which is why you’ll find a video of kitteh finding tasty Chex Mix on her research website, but not kitteh dismembering Woodland Vole. One pet owner, Evet Loewen, was particularly scandalized by what she saw and almost dropped out of the study. After downloading a day’s worth of video recordings from her cat Ursa’s Kitty Cam, she caught the former feral committing the Unspeakable.

“I stopped watching because I knew what the end point was, that the bird wasn’t going to live. I was very upset with my cat.”

The feline propensity for food-play is a well-documented phenomenon (See “Cat Breading“), so this is nothing new. But what was surprising about the killings, according to Loyd, was the kitties’ penchant for scaly, cold-blooded flesh: The most common prey were Carolina anoles, followed by small mammals and finally, birds. (But lizards! Gross! So who cares.)

To stop Ursa’s onslaught on animal-kind, Loewen took the advice of the UGA researchers and outfitted her naughty kitty with a cat bib and bell attachment, effectively disabling any of Ursa’s predatory prowess.

“She still likes to sit down and watch birds, but she cannot get them at this point because her movements are so inhibited,” Loewen said. “She can be outside and she can look at the birds all she wants but she gets up and this bell goes right off.”

The fine, feathered creatures of Athens can sleep peacefully tonight, knowing one more feline enemy-combatant is off the streets for good.

Meanwhile, here are the cat photos you came here for: 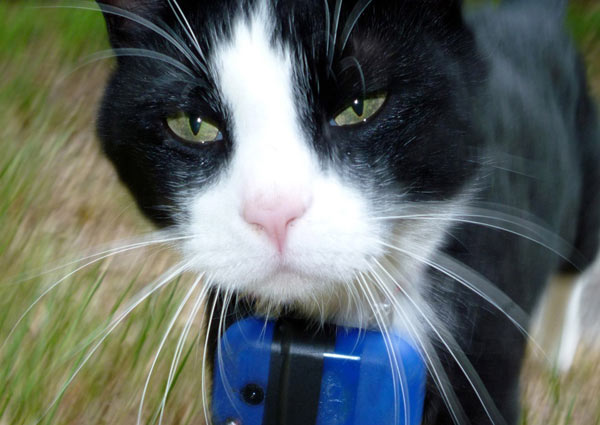 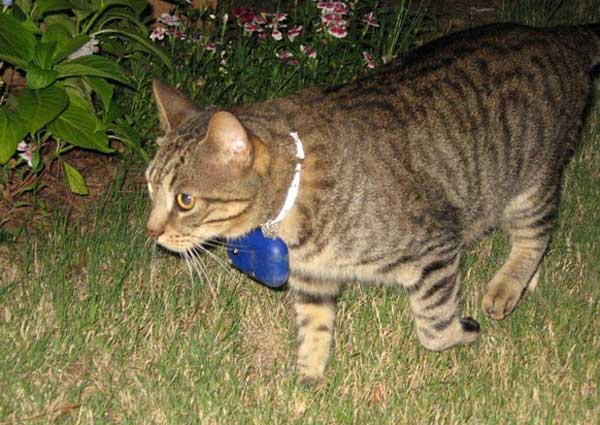 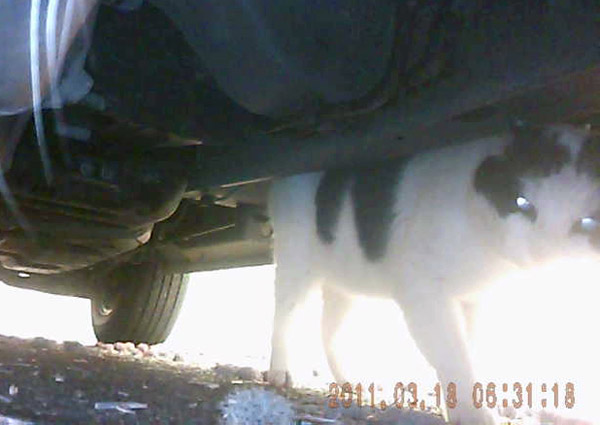 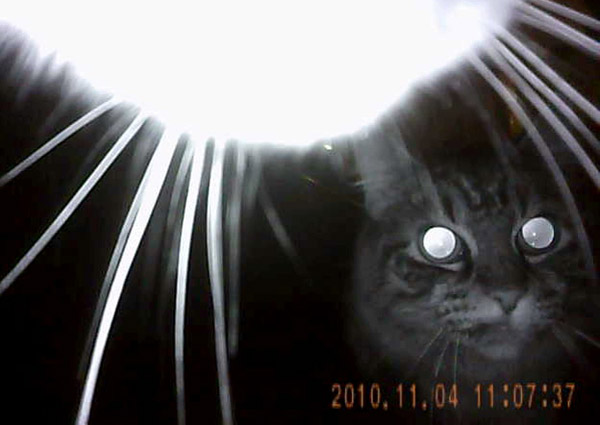