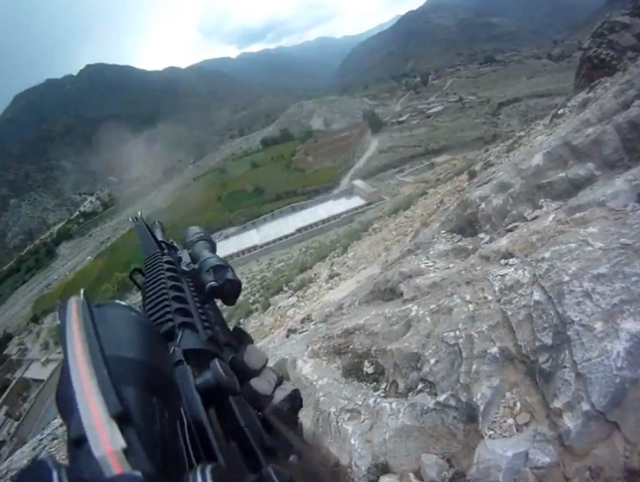 Though you may not find it highlighted on the front pages of many papers in the US, this happened 11 years ago Sunday morning:

So began Operation Enduring Freedom (OEF) on Oct. 7, 2001. It continues to this day, albeit with a different objective. Osama bin Laden lies at the bottom of the sea. His Afghanistan-based Al Qaeda terror syndicate, which killed 2,997 people in the September 11 attacks, has been dismantled and scattered, replaced by local warlords and terror clans like the Haqqani network. The Taliban government in Kabul, which harbored bin Laden and his cohort, has been replaced with a weak, corrupt central government that appears at turns unable or unwilling to stanch the flow of violent extremism throughout the country. And participants in the American-led military coalition there continue to make the ultimate sacrifice: Authorities last week confirmed the death of the 2000th US service member in Afghanistan.

The anniversary is being commemorated in Great Britain, where television news still airs the procession of virtually every killed servicemember’s casket: Peace activists reportedly held a “naming of the dead” ceremony in London’s Trafalgar Square Sunday. Yet despite the Afghan War’s immensity—the longest American war since Vietnam, a rare war that started with near-universal approval, with even the French after 9/11 declaring “nous sommes tous Américains“—there was no mention of its birthday on the front page of Sunday’s New York Times, Wall Street Journal, USA Today, or Washington Post.

President Obama discussed mortgage refinancing rates in his weekly address Saturday, but not America’s 11-year-old war. Mitt Romney—who failed to even mention Afghanistan in his long nomination acceptance speech—made no mention of the war on his website Sunday. But he does have a major foreign policy speech planned for Monday; perhaps he’ll give the conflict some acknowledgement there.