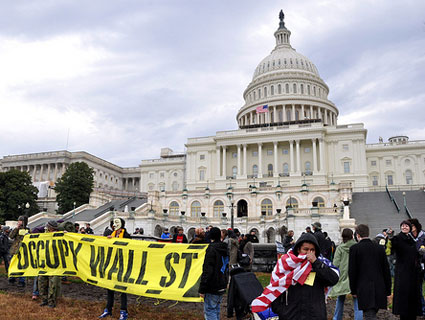 Forty eight representatives and 11 senators earn an “F” on a new report card that ranks lawmakers based on how well they address income inequality. All of the failing grades went to Republicans.

The “Inequality Report Card,” published today by the Institute for Policy Studies, looks at how lawmakers voted on dozens of bills that would, among other things, raise taxes on the wealthy, restrict the use of offshore tax havens, increase the minimum wage, and strengthen labor unions. The report gives the worst combined grade to Arkansas’ congressional delegation and the best to Vermont’s. Too bad Vermont Senator Bernie Sanders, a self-described socialist, isn’t as exportable as Bill Clinton.

None of the senators earning an “F” grade come from the nation’s five most equal states.

Lawmakers’ scores on the report card correlate loosely with how much income inequality exists in their home states. California and New York rank among the highest for income inequality but employ lawmakers that earn, on average, a B- for their friendliness to the middle class. None of the senators earning an “F” grade come from the nation’s five most equal states.

The report also looked at whether rich members of Congress tend to favor the 1 percent, but it seems that their votes depend more on party than pocketbook. The 10 wealthiest Democrats earned grades ranging from a “B” to “A.” The best grade earned by a wealthy Republican was a C-minus.