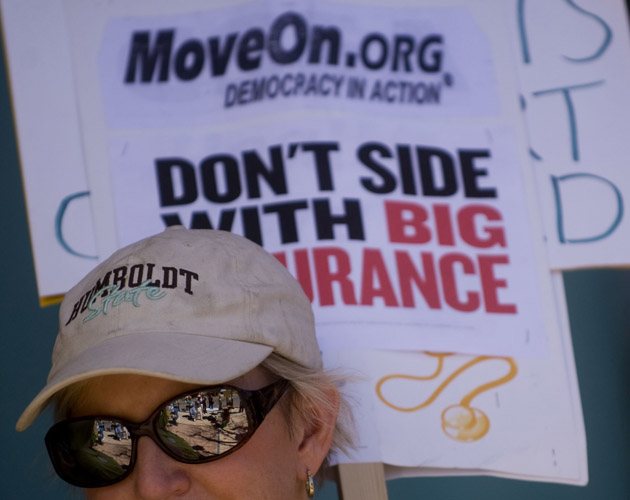 Danny Oran knows a bolt of inspiration when it strikes. As a Microsoft designer in the early 1990s, he thought up the Windows “Start” menu after seeing a test subject—a rocket scientist from Boeing, no less—struggle with an early version of Microsoft’s ubiquitous operating system. Oran also created the handy taskbar at the bottom of every Windows screen, stopping users from opening ten versions of the same program and crashing their PCs. After decades in tech and entrepreneurial circles, Oran moved to MoveOn.org, the massive progressive organizing network. This summer, he set his mind to tackling a glaring problem he’d observed in American elections: registered voters who don’t vote. In 2008, for instance, 38 percent of registered voters didn’t cast a ballot in the presidential election.

So Oran cast around for ideas. One day in August, he found his solution—in an unlikely place.

Oran had been reading the work of Robert Cialdini, a former psychology professor and an expert in the power of persuasion. Cialdini had run experiments in southern California trying to get homeowners to reduce their energy use. When Cialdini distributed signs urging people to conserve energy to benefit the environment, or to save money, or to benefit future generations, they didn’t respond. But when Cialdini’s signs informed people that their neighbors were changing their ways to save energy, they responded. Energy use went down. Here Oran had an aha! moment: What if MoveOn applied Cialdini’s findings to voting?

On Wednesday, MoveOn unveiled a multimillion-dollar campaign to do just that. Between Tuesday and Election Day, the group will send 12 million “voter report cards” (PDF) designed by Oran to residents of presidential battleground states and other states with key Congressional races such as Connecticut and Massachusetts. The report cards grade recipients based on how often they’ve voted in the past, and—here’s the kicker—the cards compare each individual’s grade with the average grade of his or her neighbors. (Who you vote for is private information; how often you vote is public record.) “We’ve taken a social dynamic that gets people to turn out the lights, and we’re using it to turn out the vote,” says Justin Ruben, MoveOn’s executive director.

Ruben says this type of “victory lab” science comes naturally to MoveOn. “We’re always trying to figure out what are some great ideas that would give progressives a leg up in our democracy and make it easier to participate in democracy,” he says. And as an online-based outfit, he adds, MoveOn is at home sorting and analyzing big hunks of data to impact elections: “We’re always swimming in a sea of data.”

MoveOn’s report cards echo the cutting-edge tools and techniques chronicled by author Sasha Issenberg in his book Victory Lab: The Secret Science of Winning Campaigns. Issenberg’s opening chapter tells of how nondescript mailers created by a Mississippi-raised operative named Hal Malchow nudged Colorado voters to vote and tipped that state’s 2010 US Senate towards Democratic candidate Michael Bennet. (Bennet won by a few thousand votes.) Malchow’s voter mailers and tactics like it were intended “to push buttons that many voters didn’t even know they had,” Issenberg writes.

That’s MoveOn’s plan. The group tested its report cards on nearly 173,000 voters in the lead-up to a slate of state and federal primary elections in Delaware on September 11. According to Ruben, the report cards were a wild success, proving to be seven times more effective on a dollars-per-vote basis than the next best alternative. “When we got these results back, it was hard to contain our excitement,” he says.

The report cards, Ruben continues, won’t be as influential in the presidential race or major Senate races as they were in Delaware. But he’s confident the report cards could still be decisive in nudging voters to get to the polls on Election Day in states like Ohio or Virginia where a razor-thin margin separates the candidates at the top of the ballot. “We’re sitting on something here,” Ruben says, “that, in a very close election, could make a difference.”