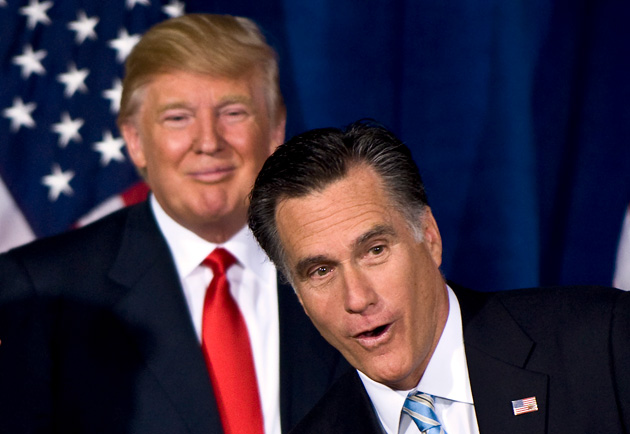 Mitt Romney had a choice this election: He could surf the bubbling froth of right-wing rage against the president all the way to the White House, or he could discard the racialized narrative of the Obama presidency put forth by the likes of Rush Limbaugh and Newt Gingrich.

Throughout the campaign, much of his party was pushing him in one direction: Some Republicans still believed the president was not born in the United States; conservative media figures presented everything from Obama’s economic policy to the Affordable Care Act as seeking racial vengeance, accused him of lying about his religion, and argued that he secretly sympathizes with America’s enemies. As National Journal‘s Ron Brownstein dubbed it, the 2012 election is a battle between the gray and the brown, the GOP’s aging white base versus the Democrats’ increasingly diverse coalition. Relying almost exclusively on the white vote, however, is a strategy with an expiration date. It’s a move that cuts against the demographic tide. As one Republican adviser put it to Brownstein, “This is the last time anyone will try to do this.” 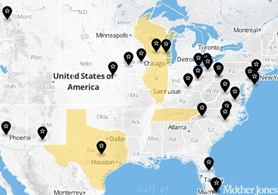 The Dirtiest Election Yet? Our Guide to Voter Suppression and Poll Problems

In a weak but growing economy, mobilizing the base would not be sufficient for Romney to eke out a win; he couldn’t alienate voters with fond feelings towards the president who nonetheless might be open to voting Republican this year. And this is not 1970s, when Ronald Reagan could get away with invoking “strapping young bucks” buying “T-bone steaks” with food stamps. If Romney wanted to harness that rage at all, he had to take a more subtle approach for most of the campaign, never fully embracing the racialized narrative pushed by Limbaugh, Beck, and others.

Unlike Gingrich, Romney never called Obama the “food stamp president” or insisted that Obama could only be understood as an adherent to “Kenyan anti-colonialism,” which is just a fancy way of calling the president a scary black foreigner. But Romney did embrace reality TV star Donald Trump, who fixated on conspiracy theories about Obama’s birth certificate and promoted the notion that the president, who graduated magna cum laude from Harvard Law, is a simpleton who coasted through the Ivy League thanks to affirmative action. Instead of the “Kenyan anti-colonialism” shtick, Romney asserted that America was somehow beyond Obama’s understanding. He falsely charged that the president was “gutting” Bill Clinton’s welfare reforms, updating Reagan’s old racial code. One of his chief surrogates, former New Hampshire Gov. John Sununu, alternately called the president “lazy,” “not that bright,” and asserted that Obama needed to “learn how to be an American.” Sununu then accused former Republican Secretary of State Colin Powell of endorsing Obama just because they’re both black. When four Americans were killed in an attack on the US consulate in Benghazi, Libya, Romney accused Obama of sympathizing with their killers, a rationale that could have come straight from conservative writer Dinesh D’Souza, who argues the president sees “Muslim jihadists” as “freedom fighters.”

It’s true that Romney eschewed the more explicit racialized attacks offered by some of his allies. His campaign sprinted away from a third-party group’s attempt to revive the Jeremiah Wright controversy, and it elected not to amplify a similar attempt by Tucker Carlson and Matt Drudge to mischaracterize (for the second time) a widely reported Obama speech from 2007 as an endorsement of racial violence. He never said the word “Obamaphone.”

A different Republican candidate might have tried to persuade the relevant sections of the right to shake off its vision of the Obama presidency as a bleak racial dystopia—in Limbaugh’s words, a place where “the white kids now get beat up with the black kids cheering.” Sen. John McCain made an attempt to do so four years ago. In 2008, the temperature at some McCain-Palin rallies reached a boiling point, alarming veterans of the civil rights movement like Rep. John Lewis (D-Ga). McCain memorably corrected a supporter who called Obama an “Arab,” with the shamefully attendant insinuations. There have been no such scenes from Romney’s 2012 campaign. When a questioner at a rally accused Obama of treason, Romney simply answered the question.

In the waning days of the campaign, Romney chose to come closer to owning fully the far right’s race-influenced effort to deligitimize Obama as not a true American or legitimate leader, deliberately exploiting Republican obsessions with the president’s background. Romney revived his bogus charge of Obama gutting welfare work requirements in ads airing in Ohio. The ad also paraphrased Gingrich’s attack on Obama as the “food stamp” president. His campaign made robocalls starring Trump. Romney’s vice presidential candidate, Paul Ryan, told evangelical supporers the president was a threat to “Judeo-Christian” and “Western” values. After Obama tried to silence a group of booing college students by telling them “voting is the best revenge,” Romney began telling his supporters that Obama was advocating “revenge”—a line many conservatives understand as having the Limbaughian racial subtext—and that they should vote for “love of country.” Limbaugh certainly picked up on it. “One month into his presidency,” Limbaugh said Monday, “I told you it was about revenge.”

Obama can dish it out too of course. But the forces Romney has at times invoked shape not only perceptions of the man he is seeking to defeat Tuesday, but those who share his background. Conversely, while some on the left have shamefully tried to raise Romney’s Mormonism as an issue, the Obama campaign has never, even subtly, attempted to do so.

If Romney wins the presidency, he will have done so embracing watered-down manifestations of an explicitly racial anti-Obama narrative popular in corners of the right: that the president is not merely wrong but practically foreign, a traitorous neophyte whose rise to the highest office in the land will be soon rectified. If Obama loses, the narrative of Obama as the affirmative-action president will prevail widely among Republicans, even as they use his first term as proof that America has transcended its ugly racial past. It’s not a narrative Romney wrote himself, but it’s one he refused to reject.

Given the privileged perspective history assigns to victors, how Romney wins matters. If he loses, well, let’s hope that Republican consultant was right that this is the last time anyone tries to win an election this way.