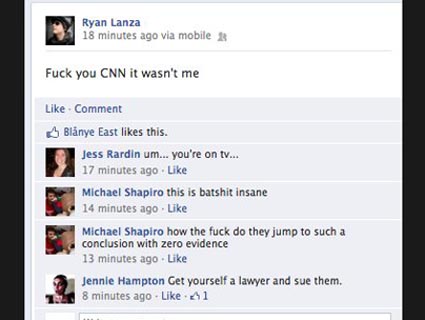 In the aftermath of the horrific mass shooting at an elementary school in Newtown, Connecticut the immediate question was who had gunned down nearly thirty people, most of them children, before taking his own life.

Early reports, citing Connecticut law enforcement sources, identified the shooter as a twentysomething from Newtown named Ryan Lanza. A Facebook profile fitting that description was easily accessible, and social media users—from professional reporters to online onlookers—immediately assumed they had discovered the Facebook profile of the gunman who had perpetrated the mass shooting at the Sandy Hook Elementary School. News outlets including BuzzFeed, Mediaite, Gawker, and Fox News speculated that the account belonged to the shooter. Journalists from Slate, Huffington Post, CNN, and other news organizations tweeted links to the Facebook profile.

But it was the wrong guy. Press reports are now identifying the shooter as Adam Lanza. Ryan Lanza, identified as Adam’s brother, has reportedly been questioned by police. According to the Associated Press, “a law enforcement official mistakenly transposed the brothers’ first names.” The result was that, for a few brief hours in the middle of the day, based on press speculation about the suspect’s identity, social media users brought out the digital equivalent of pitchforks and torches, vilifying the alleged shooter’s brother and haranguing Ryan Lanzas all across the intertubes.

Political cartoonist Matt Bors, who was Facebook friends with Ryan Lanza but didn’t actually know him personally, was inundated with Facebook messages and friend requests as a result. “I was getting messages from people saying, why are you friends with a monster?” Bors says. Looking at Lanza’s page, he saw desperate messages posted denying any involvement in the shooting, and posted them to his Twitter feed. “Fuck you CNN it wasn’t me,” Lanza’s post read. (CNN itself did not post or broadcast the profile, though one of their reporters did tweet it.)

Here’s the screenshot from Bors: 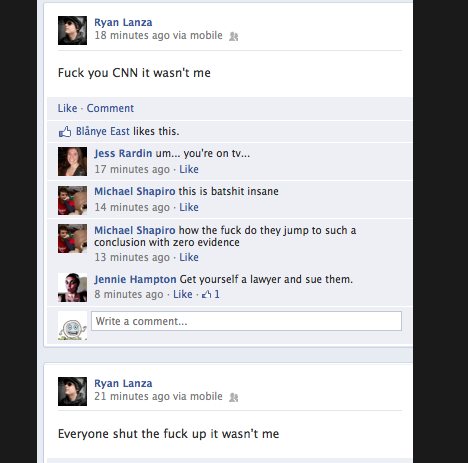 Meanwhile, other people named Ryan Lanza with Twitter feeds were deluged by followers and tweets. Facebook exploded with pages devoted to Ryan Lanza with screenshots taken from his profile. Several of them were some variation of this: 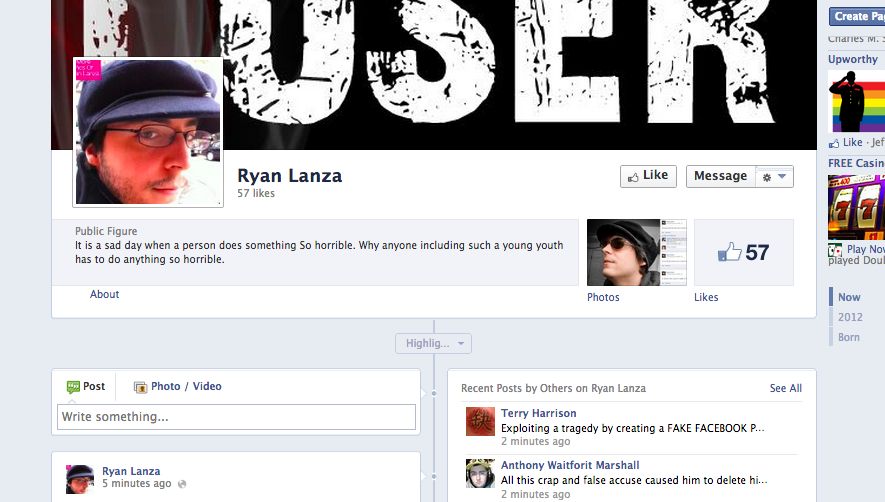 But these are far from the only ones: 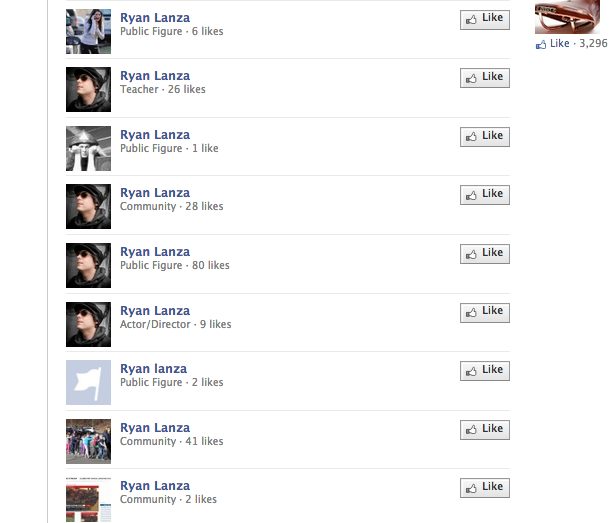 Very far from the only ones: 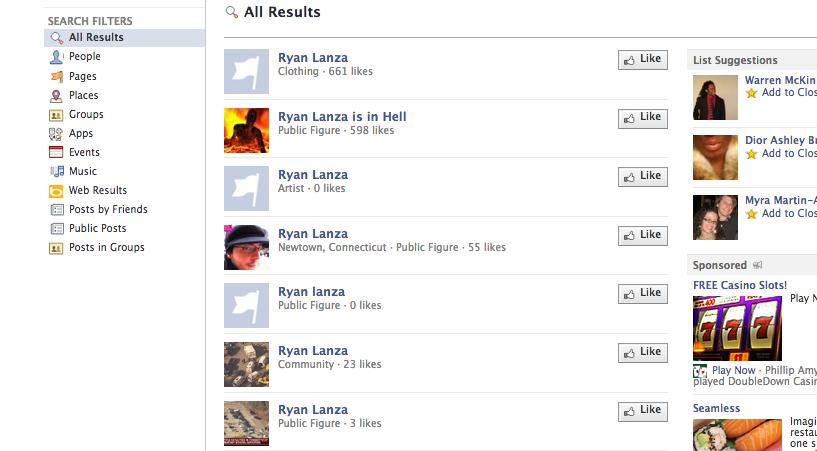 Lanza appears to have taken down his Facebook page*.

This isn’t the first, nor sadly will it be the last time, that journalists and the masses jump to conclusions in the aftermath of a tragedy based on personal details from social media profiles. Shortly after the shootings at a movie theater in Aurora, Colorado in July, ABC reporter Brian Ross speculated on air that the suspect in that shooting, was the same person who had a profile on a tea party website. It turned out they were two different people who merely shared a common name. Ross was pilloried by left and right alike, and eventually apologized for “disseminating that information before it was properly vetted.” Then another mass shooting that captured the nation’s attention occurred, and lots of other people made the same exact mistake. The temptation to break the news of the shooter’s identity overwhelmed the need to make sure they had the right guy.

*It was down for a while and is now back up.