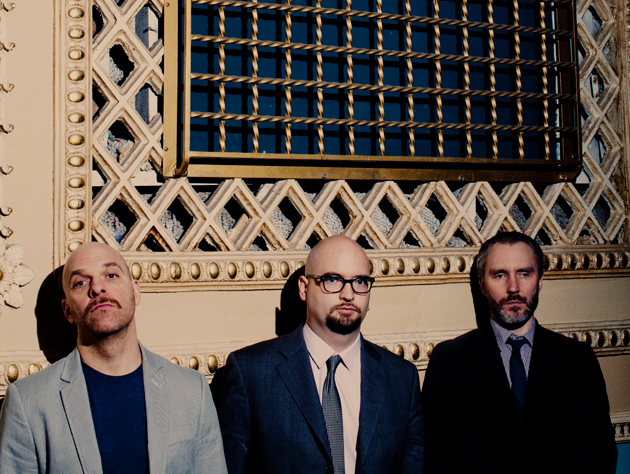 Reid Anderson is at the bar of the Village Vanguard, sipping a Stella Artois and thinking about 2002. That’s the year that an agent from Columbia Records sat in this same New York City club one night listening to a relatively unknown trio called The Bad Plus, who, despite their decidedly conventional jazz instrumentation, played with a swagger—and volume—more in line with Neil Young than Vince Guaraldi. It felt like a turning point, recalls Anderson, the trio’s bassist, and he was right: By early 2003, The Bad Plus had released their first major-label record, These Are The Vistas, and launched into a decade-long (and counting) exploration of the outer edge of what three guys on acoustic instruments are capable of producing.

“We strive to make music that doesn’t follow conventional forms,” says Anderson, who looks like a distant American cousin of Christoph Waltz, as he adjusts his dark velvet blazer. “On paper, there’s not much there. But we believe in group music, band music.”

“We strive to make music that doesn’t follow conventional forms.”

Anderson, along with colleagues Ethan Iverson on piano and David King on drums, had just finished articulating this philosophy to a packed house at the Vanguard, at the end of their seventh week-long New Year’s stint here. As always at the Vanguard, which has remained the crown prince of the world’s jazz clubs since its opening in 1935, it’s anyone’s guess who is here for the band versus who is here for the venue. But if there were any tourists in this dark basement hoping to nod off over martinis to a recitation of inoffensive standards, they came on the wrong night.

The Bad Plus’ music, which Rolling Stone describes as “as badass as highbrow gets,” is characterized by angular, shifting rhythms that always seem one step ahead of your ability to lock into them, and a proliferation of interwoven melodic lines that somehow outnumber the number of musicians onstage. It’s often impossible to tell whether the music you’re hearing has been meticulously composed and rehearsed or is being improvised on the spot. In this sonic incubator, swathed in green paint and red velvet, under the watchful photographed eyes of John Coltrane, Monk, and the Vanguard’s other historic tenants, the band spins from straight grooves to the brink of incoherence, the center barely able to hold. But it does, and the audience is rapt.

In the fall, The Bad Plus released their eighth studio album, Made Possible, which follows the band’s practice of making music that walks a virtuosic tightrope between far-out contemporary jazz and groove-centric experimental rock, with enough of the former to keep it interesting for music nerds and enough of the latter to make it accessible and enjoyable to everyone else. The new album breaks with TBP’s all-acoustic tradition by adding a post-production dusting of electronic sounds, what King describes to me as “tidbits of extraterrestrial noise.” It also avoids that part of the band’s repertoire that helped it break from the New York jazz scene into the national pop consciousness: rock covers, including “Smells Like Teen Spirit” and “Heart of Glass.” 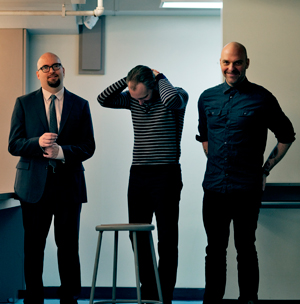 The Bad Plus, encore.
By Cameron Witting

When I ask the guys about this, between sets, in the cramped backstage greenroom/kitchen under shelves lined with jars of olives, they get noticeably irritable: Pop music has always been secondary to originals, King replies, and it was grating that many a music critic had led with this angle: “If you read our early reviews you’d think you’d come to a show and hear 12 Nirvana covers.”

While covering pop music is a tried-and-true method for niche bands looking to tap a wider audience, Made Possible shows that the trio has matured well past the point of sacrificing anything for the sake of popularity. At a few stops on their nationwide tour, which kicks off this week, they intend to do a rendition of Igor Stravinsky’s The Rite of Spring, the revolutionary 1913 ballet that was so explosively avant-garde at the time that its Paris premiere sparked a riot. It’s just the next step for a band that isn’t overly fond of sticking to one rhythm for long. Still, Anderson aspires to find himself back underground at the Vanguard in time to count down the final hours of 2013: “I hope we get to do it forever.”