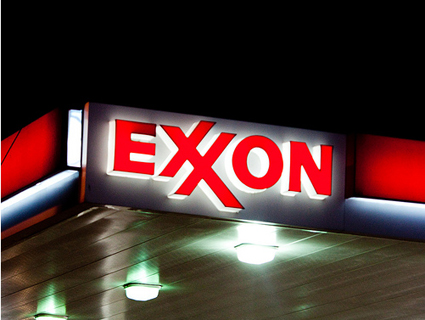 Reporters covering the oil spill from ExxonMobil’s Pegasus pipeline in Mayflower, Arkansas, are reporting that they’ve been blocked from the site and threatened with arrest.

On Friday morning, Inside Climate News reported that an Exxon spokesperson told reporter Lisa Song that she could be “arrested for criminal trespass” when she went to the command center to try to find representatives from the EPA and the Department of Transportation. On Friday afternoon, I spoke to the news director from the local NPR affiliate who said he, too, had been threatened with arrest while trying to cover the spill.

Michael Hibblen, who reports for the radio station KUAR, went to the spill site on Wednesday with state Attorney General Dustin McDaniel. McDaniel was in the area to inspect the site and hold a news conference, and Hibblen and a small group of reporters were following him to report on the visit. Upon arrival, representatives from the county sheriff’s office, which is running security at the site, directed the reporters to a boundary point 10 feet away that they should not pass. The reporters agreed to comply. But the tone shifted abruptly, Hibblen told Mother Jones on Friday:

It was less than 90 seconds before suddenly the sheriff’s deputies started yelling that all the media people had to leave, that ExxonMobil had decided they don’t want you here, you have to leave. They even referred to it as “Exxon Media”…Some reporters were like, “Who made this decision? Who can we talk to?” The sheriff’s deputies started saying, “You have to leave. You have 10 seconds to leave or you will be arrested.”

Hibblen says he didn’t really have time to deal with getting arrested, since he needed to file his report on the visit for both the local affiliate and national NPR. (You can hear his piece on the AG’s visit here.) KUAR has also reported on Exxon blocking reporters’ access to the spill site.

Since the spill happened a week ago, cleanup crews have collected 19,000 barrels of oil and water.

Hibblen says county officials seem to be deferring to Exxon when it comes to reporters. “This gets back to who’s really in charge, and it seems like ExxonMobil,” he said. “When you throw the media out, that’s when the media really get their tentacles up.”