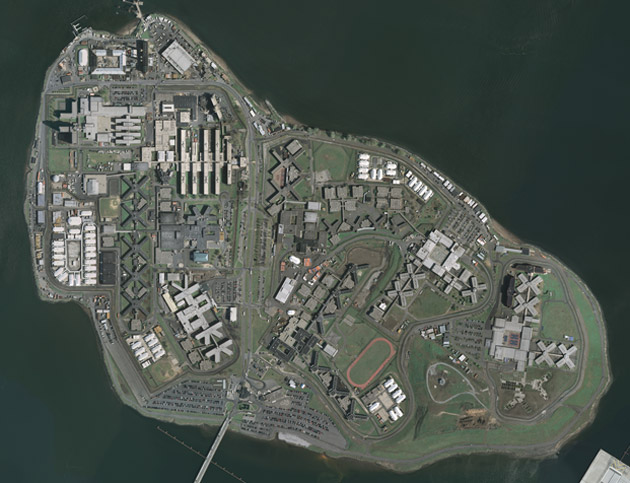 One lawsuit cites a “deeply entrenched” pattern of violence by guards. USGS/Wikipedia Commons

While there’s plenty of blame to go around, and while not all of the facilities described in this series have all of the problems we explore, some stand out as particularly bad actors. Our subjective ranking was based on three years of research, correspondence with prisoners, and interviews with reform advocates concerning the penal facilities with the grimmest claims to infamy. Last, but certainly not least, on our list of bad actors is a dismal facility where the guards allegedly run amok. Our series wraps up tomorrow with a handful of dishonorable mentions.

The basics: When it comes to ignominies, New York City’s island jail complex has it all: inmate violence, staff brutality, rape, abuse of adolescents and the mentally ill, and one of the nation’s highest rates of solitary confinement. Rikers, which hosts 10 separate jails, has been the target of dozens of lawsuits and numerous exposés. Yet the East River island remains a dismal and dangerous place for the 12,000 or more men, women, and children held there on any given day—mostly pretrial defendants who can’t make bail and nonviolent offenders with sentences too short to ship them upstate.

The backlash: In 2008, 18-year-old Christopher Robinson, who had violated his probation for a juvenile robbery offense, was beaten and stomped to death in his cell in Rikers youth unit. An investigation revealed that the killers, two fellow prisoners, were part of what was known as “the program,” described by the Bronx DA as a “secret society run by correctional officers at Rikers Island to extort and beat other inmates,” supposedly in the name of maintaining order. Two of the facility’s guards pleaded guilty to assault and to charges related to running the extortion program—see the TV report below—although the DA presented no evidence connecting them to Robinson’s death.

A 2012 lawsuit by the Legal Aid Society also documents a “deeply entrenched” pattern of violence by the guards, who “use unlawful, excessive force with impunity” and often send prisoners to the hospital, costing the city millions in legal settlements. Despite the alleged complicity of staff in the rampant violence, the Department of Corrections’ response has been to build more solitary cells at Rikers—nearly 1,000 in all, with special isolation units for adolescents and for people with mental illness.

Watch: A local news report on complicity of Rikers guards in “the program.”

Next prison: A gladiator school and a facility with “shocking and callous disregard for human life.”